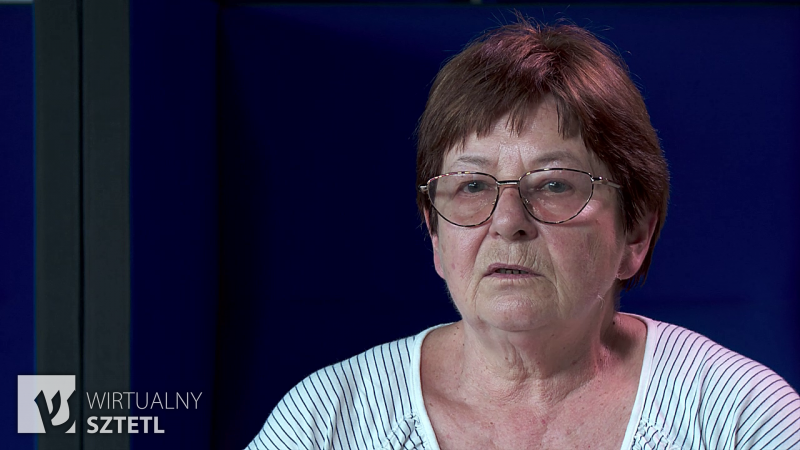 Janina Zgrzembska is one of the three children of Irena Sendlerowa and Stefan Zgrzembski (born as Adam Celnikier in 1905 in a Jewish family, whom Irena Sendlerowa met during her university years). The first of Janina Zgrzembska’s brothers, Andrzej, died soon after birth, and the other one, Adam, in 1999. In 1959, Janina Zgrzembska’s parents got divorced, and Janina and Adam stayed with their mother. Their childhood was quite difficult due to their mother’s activist commitment, which left her little time for family life. In late 1980s, Janina Zgrzembska went to Israel for the first time, and started to discover the wealth of Jewish culture and customs. Ever since the death of Irena Sendlerowa in 2008, she has considered it important to cultivate the memory of her mother. Together with Anna Mieszkowska, she wrote a book entitled Dzieci Ireny Sendlerowej [Children of Irena Sendlerowa]. She has also been participating in celebrations commemorating the Righteous one, such as celebrations of naming schools after her.