One of the most typical recipes of traditional Sicilian cuisine is eggplant caponata ( “caponata di melanzane”).

What most of the people don’t know is that the Sicilian caponata has Jewish origins. As we know from acknowledged sources (e.g. Artusi) eggplants became part of Italian cuisine, especially the southern one, only at the end of the fifteenth century.

Considered as humble food - to be destined for the poor - and according to some even poisonous, the eggplants were brought to Sicily by the Spanish Jewish merchants, who had made abundant use of this vegetable since the thirteenth century.

As a confirmation of this hypothesis note that Sicilian caponata is characterized by the classic sweet-sour taste and by the presence of garlic sauté in olive oil, both typical of many Jewish recipes from Sephardic tradition.

It is really a versatile dish: you can taste it indifferently as an appetizer, as a single dish, or as a side dish, cold or hot as well. But beware: it is addictive! 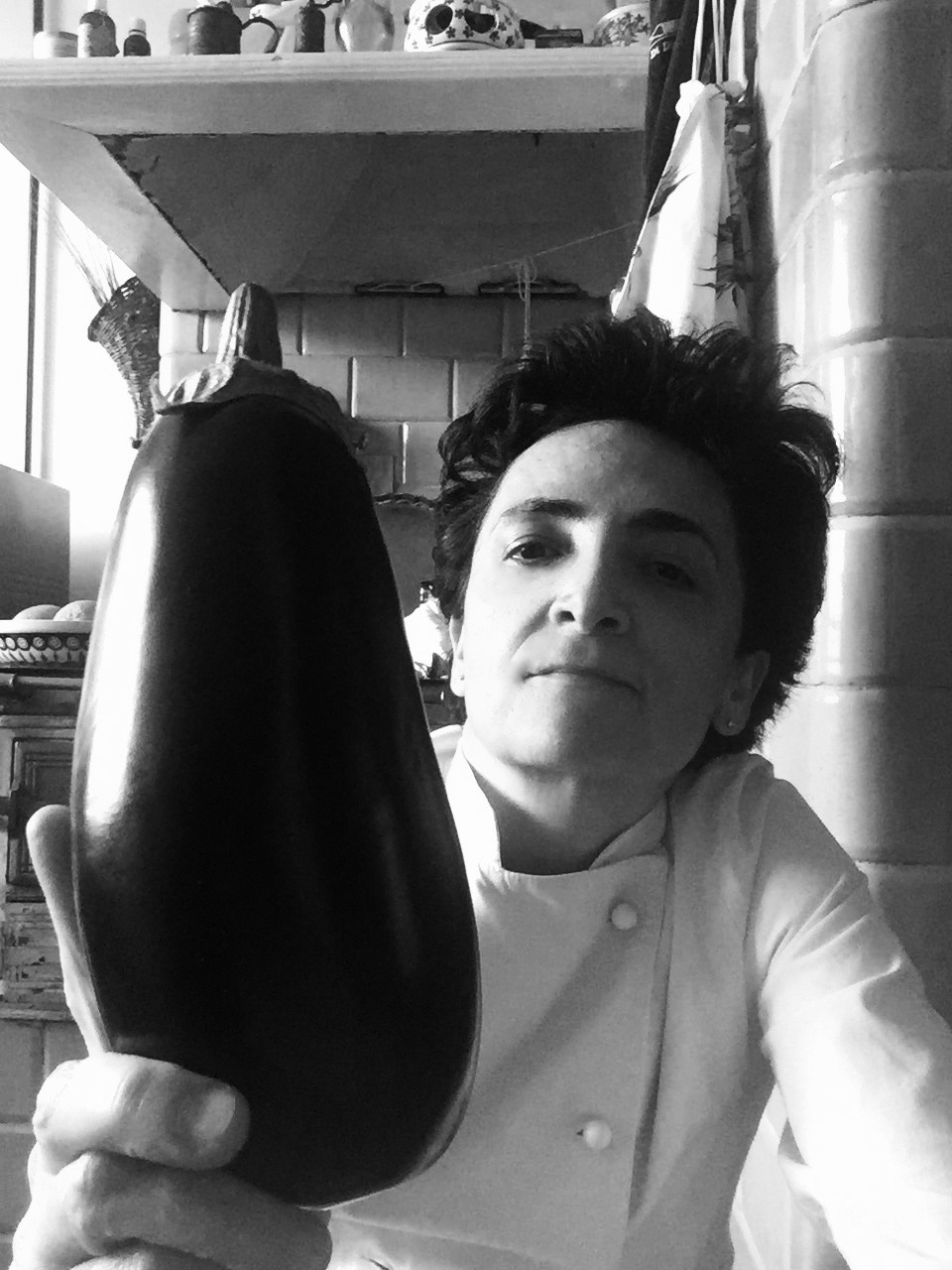 ½ l of seed oil for frying

basil or mint to taste

1. As usual, collect the ingredients on a work table. Choose the type of eggplants you like most (there are many), and in any case the freshest: taut peel, firm but not hard consistency, fleshy petiole, not dry, and well attached to the fruit. 2. Wash and cut the eggplants into cubes of about 2 cm on each side, sprinkle them with coarse salt and drain them in a colander, crushed by a plate, for a couple of hours. This operation will release the vegetation water, of which frying is an enemy, and will also eliminate the typical bitter taste. 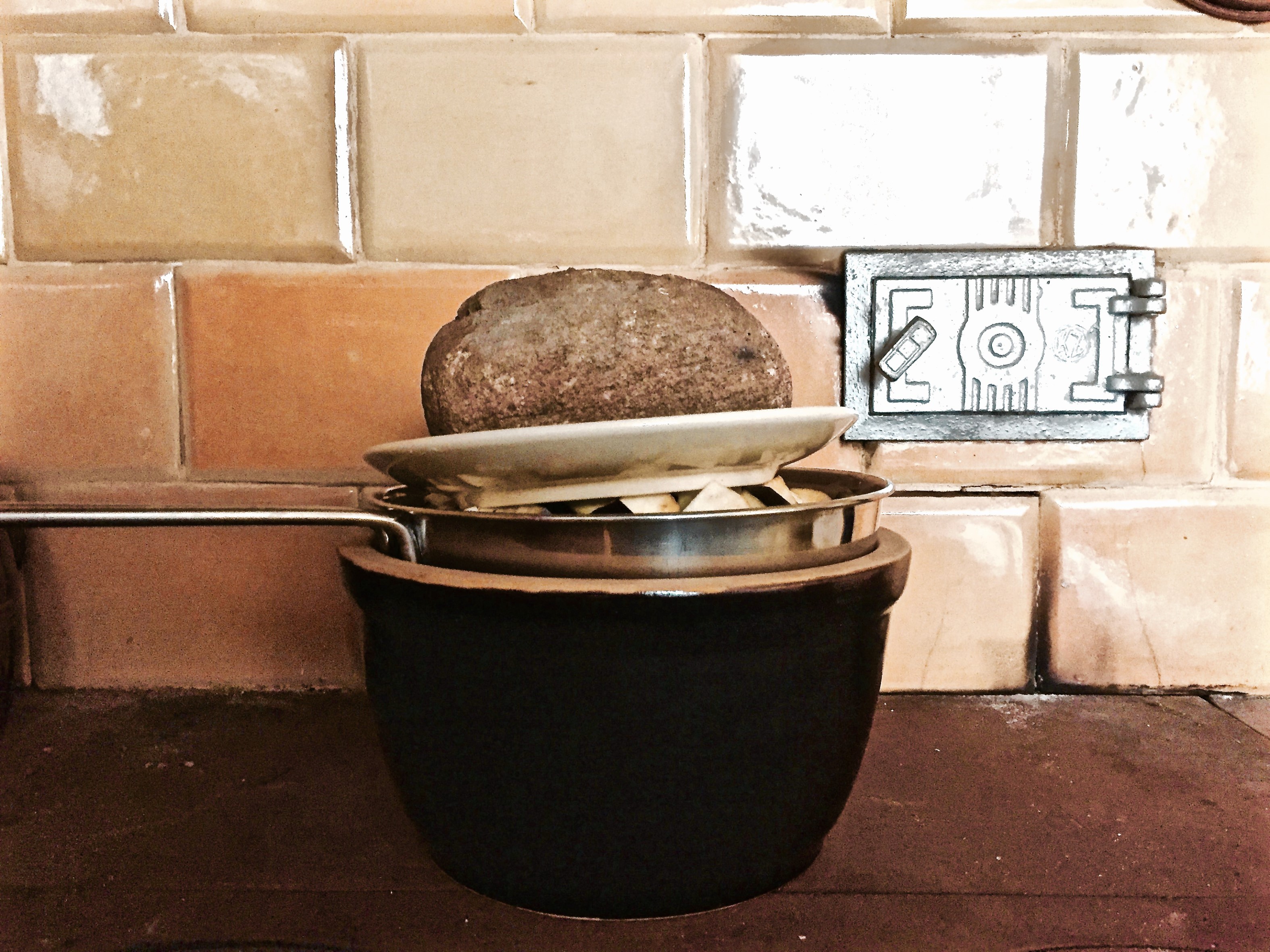 3. In a large pan, fry the crushed garlic and half the chopped onion in the olive oil; remove the garlic as soon as it browns, then add the sliced ​​celery and a chopped onion. Cook about ten minutes, stirring occasionally. 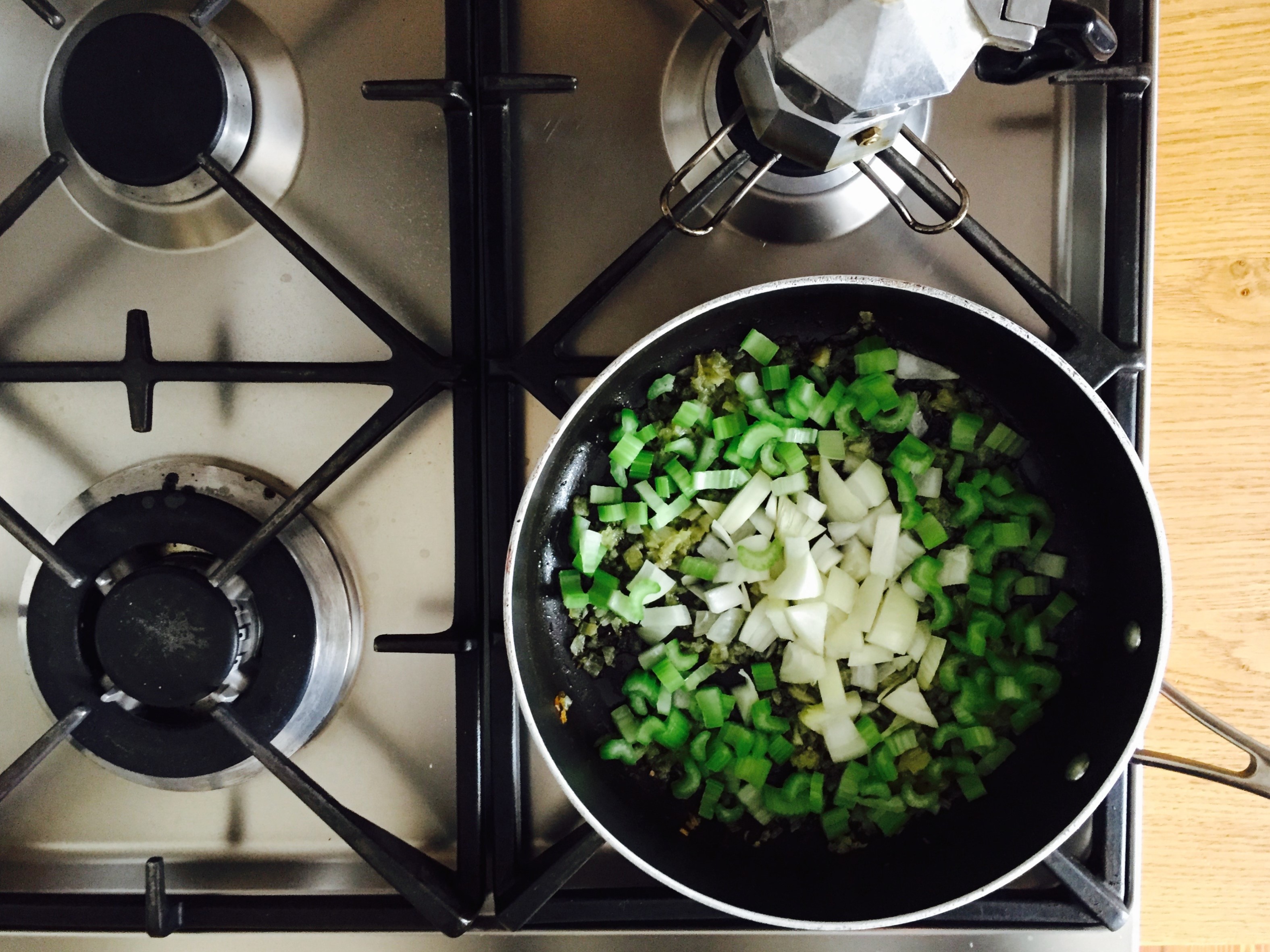 4. After 10 minutes, add the capers, olives, peeled tomatoes, sugar and vinegar and cook for another ten minutes. 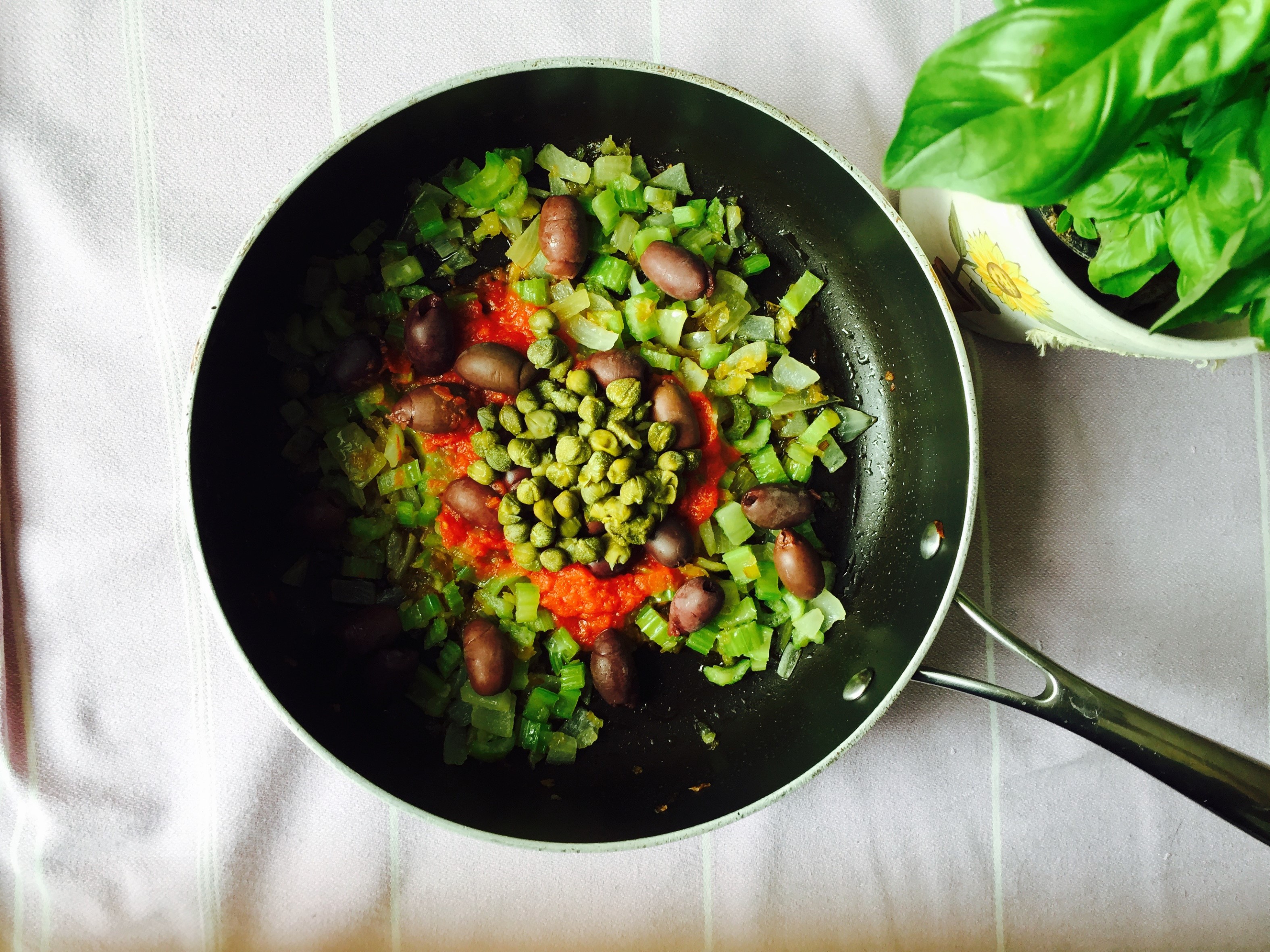 5. In the meantime, rinse the eggplants quickly under running water and dry them thoroughly with paper towel (if you prefer you can let them dry in a hot oven at 100 degrees in ventilated mode for 10 minutes). 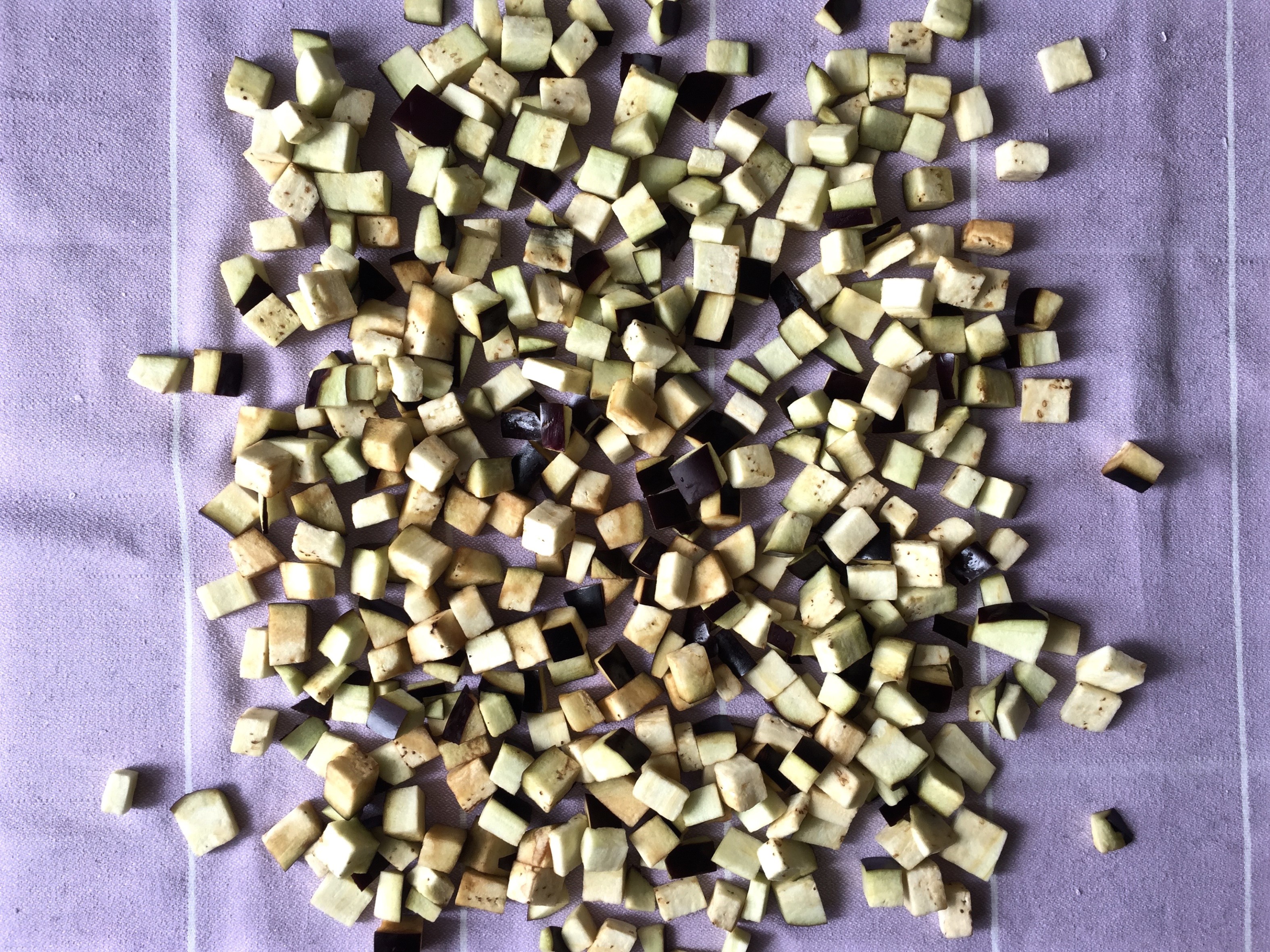 6. Fry the eggplants in abundant seed oil at 170 degrees. You can use a kitchen thermometer. If you don't have it, use this method: dip a toothpick in the oil and when many bubbles form around it means that the oil is ready for frying. 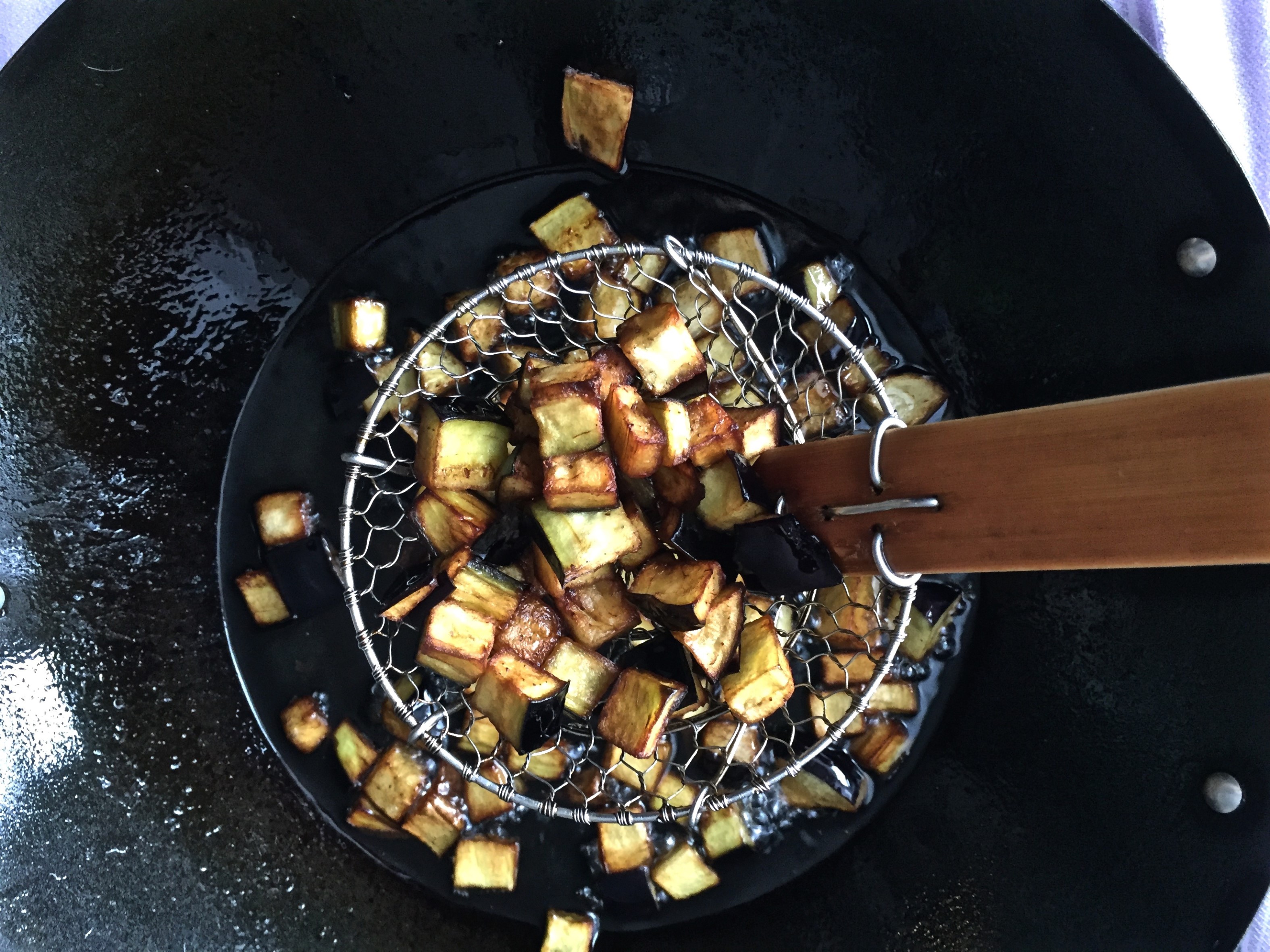 7. Drain the eggplants on a paper towel. 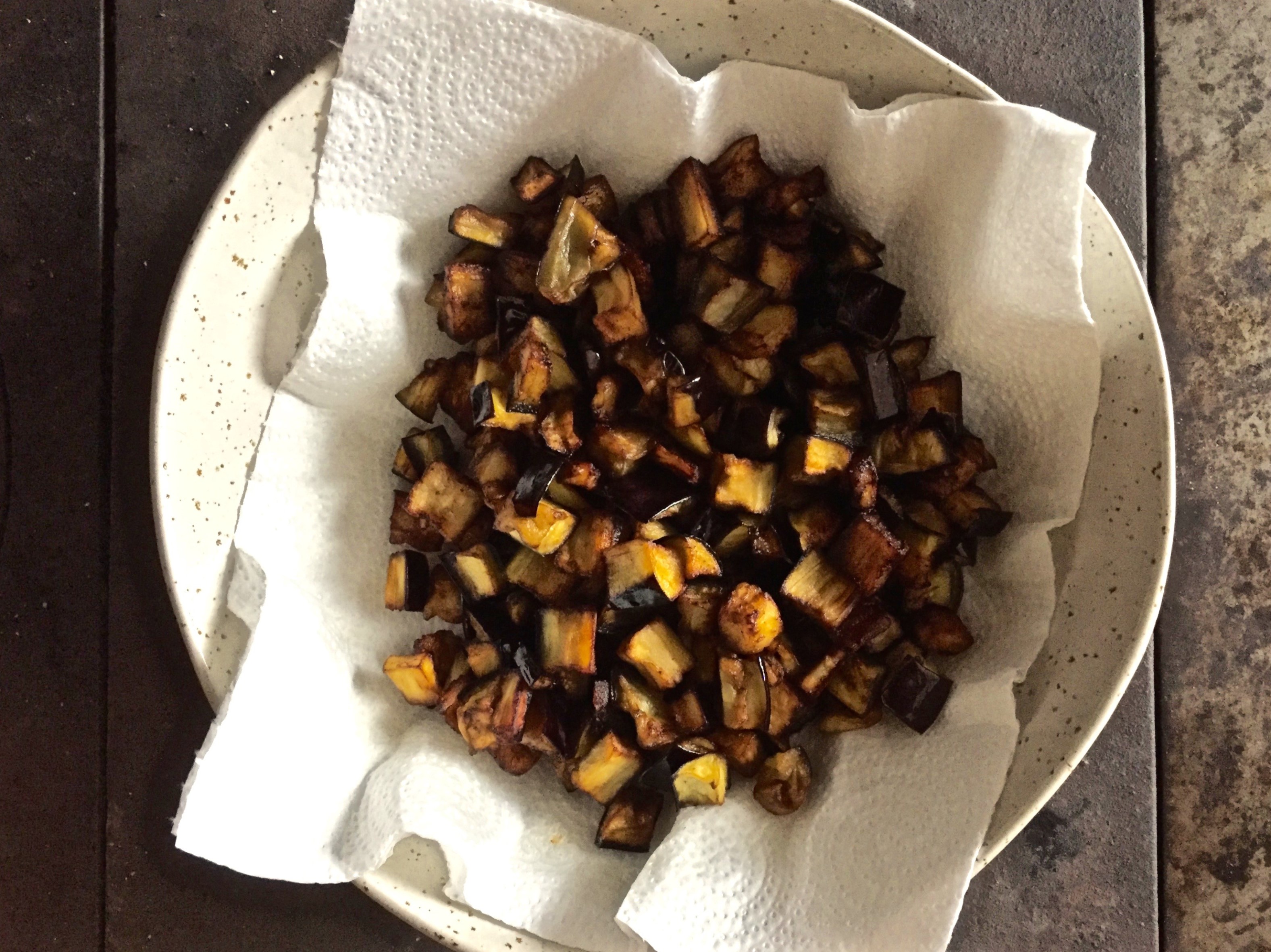 8. Transfer the eggplants to the pan with the rest of the ingredients and cook for about 5 minutes. Taste it and if necessary adjust salt and pepper. You used a lot of savory products and salted the eggplants at the beginning, so there should be no need to add more salt. 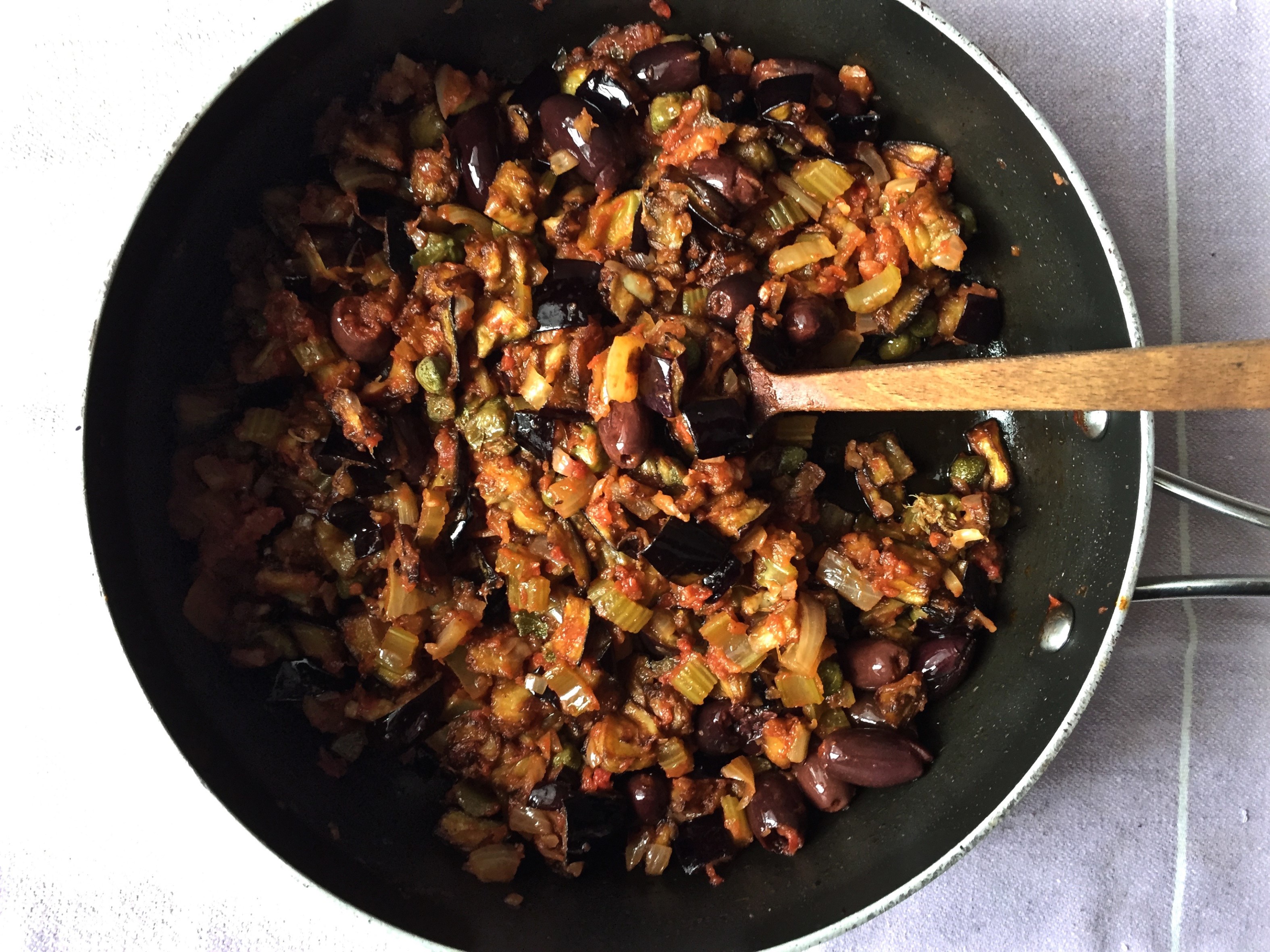 9. Serve hot or cold, adding a few leaves of basil or mint at the last minute, to taste. 10. I tasted my caponata with hot laminated bread flavored with black pepper. 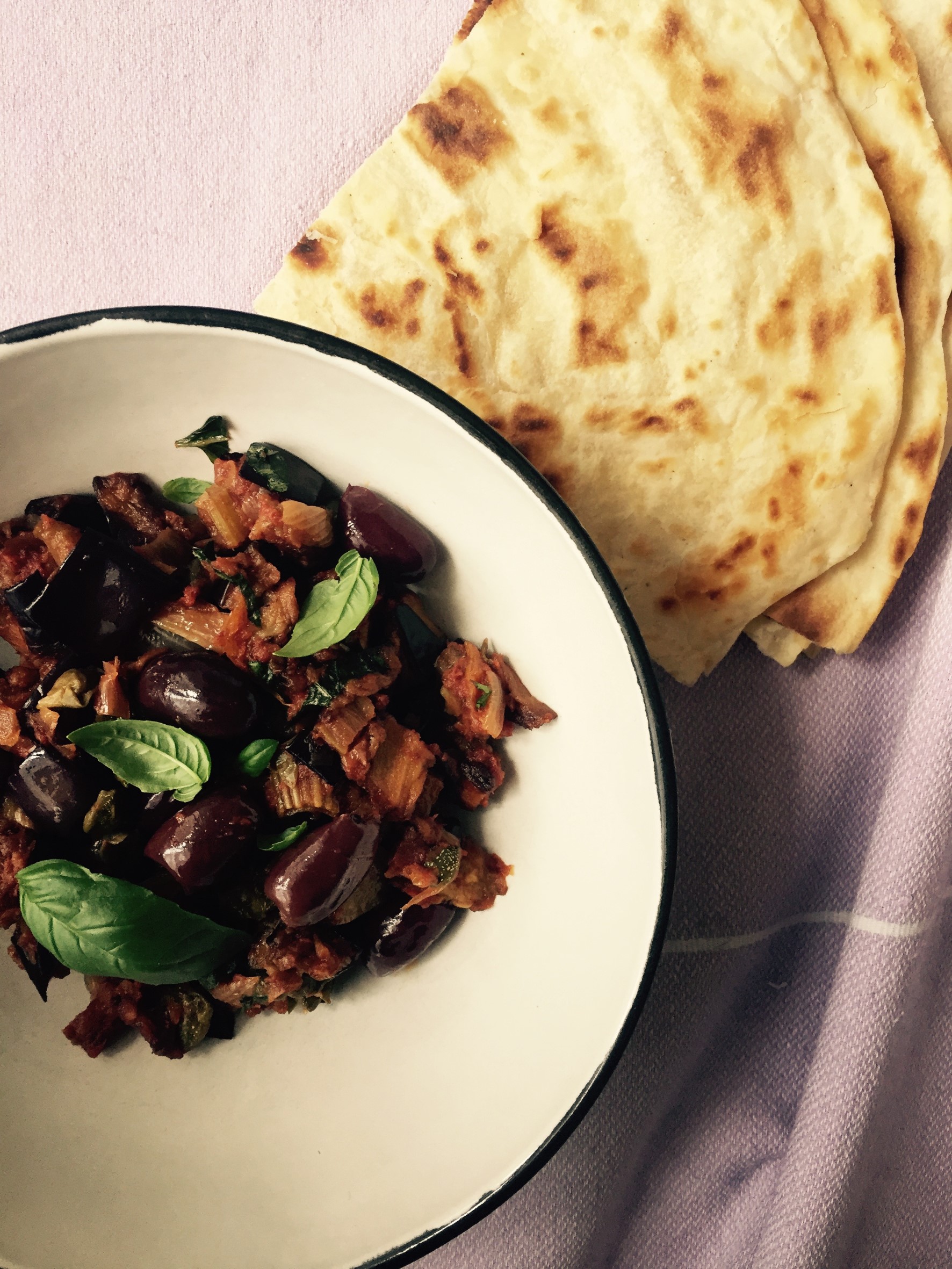 Working Together for a Green, Competitive and Inclusive Europe.