Home  Peter Wollinski: Piece by piece, the fate of my family was reconstructed.

Peter Wollinski: Piece by piece, the fate of my family was reconstructed.

It was not until 2011 that Peter Wollinski, from Sydney, discovered his Jewish origins and found out that his father was the only Holocaust Survivor from his family. While conducting memory exercises with his father, who was suffering dementia, Peter asked him questions about his past. Sensing that he did not want to share his memories from before his emigration to Australia, Peter began searching for information about his father’s earlier life. In the Australian National Archives, Peter found his father’s German passport, which encouraged him to search further. He then contacted POLIN Museum. 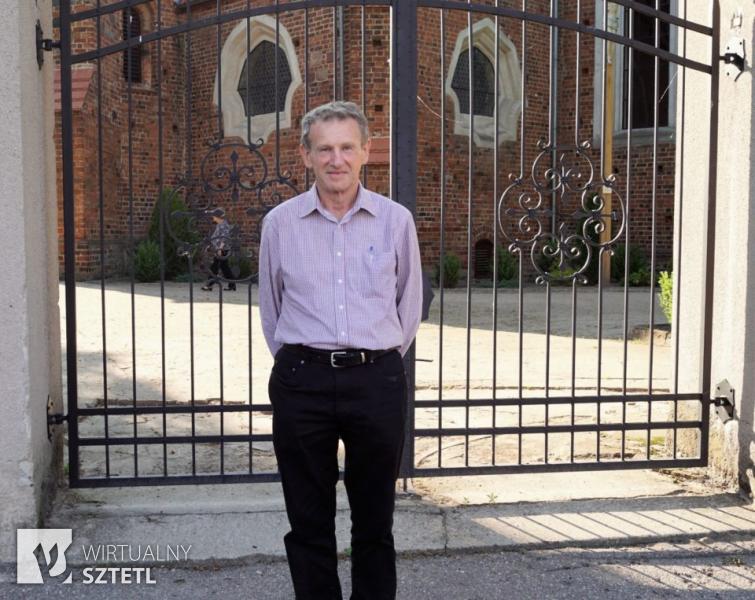 Uncertain of which sources for genealogical research to consult and not knowing the German language, Peter needed to turn to specialists. He recalls: “Before my father died, I showed him a couple of documents which I had been able to discover. But he only smiled.”

In January 2016 Peter wrote his first message to POLIN Museum’s Resource Center. Thanks to the help from that team, he found valuable sources documenting the fate of his ancestors and experienced an unforgettable journey following in the footsteps of the Wollinski family.

Peter Wollinski’s great-grandfather, Wolff (1849–1921), came from a traditional Jewish family living in Gołańcza – a picturesque town in today’s Wielkopolskie Province. His wife, Paulina, was born in Wronki. Soon after their marriage, in 1879, the Woliński couple changed their surname to “Wollinski.” Their children: Samuel, Emil, Röschen, and Peter’s grandfather Hermann (1888–1941), were born in nearby Łekno. Around the beginning of 1900, the whole Wollinski family moved to the larger town of Wągrowiec. 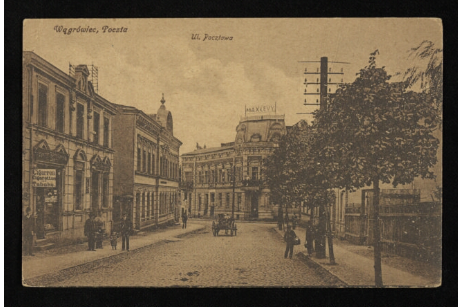 In 1920, Hermann married Regina Tannchen from Rogasen (now Rogoźno). Herman and Regina lived at Gnieźnieńska Street (formerly 10 Gnesnerstrass), where in 1921 Peter’s father, Werner Wollinski, was born; their house still stands to this day. In 1922, the Wollinski family moved to Züllichau (now Sulechów) and ran a successful business there. In 1935, in search of a better life, they relocated to Berlin, just like many other Jewish families from the area. 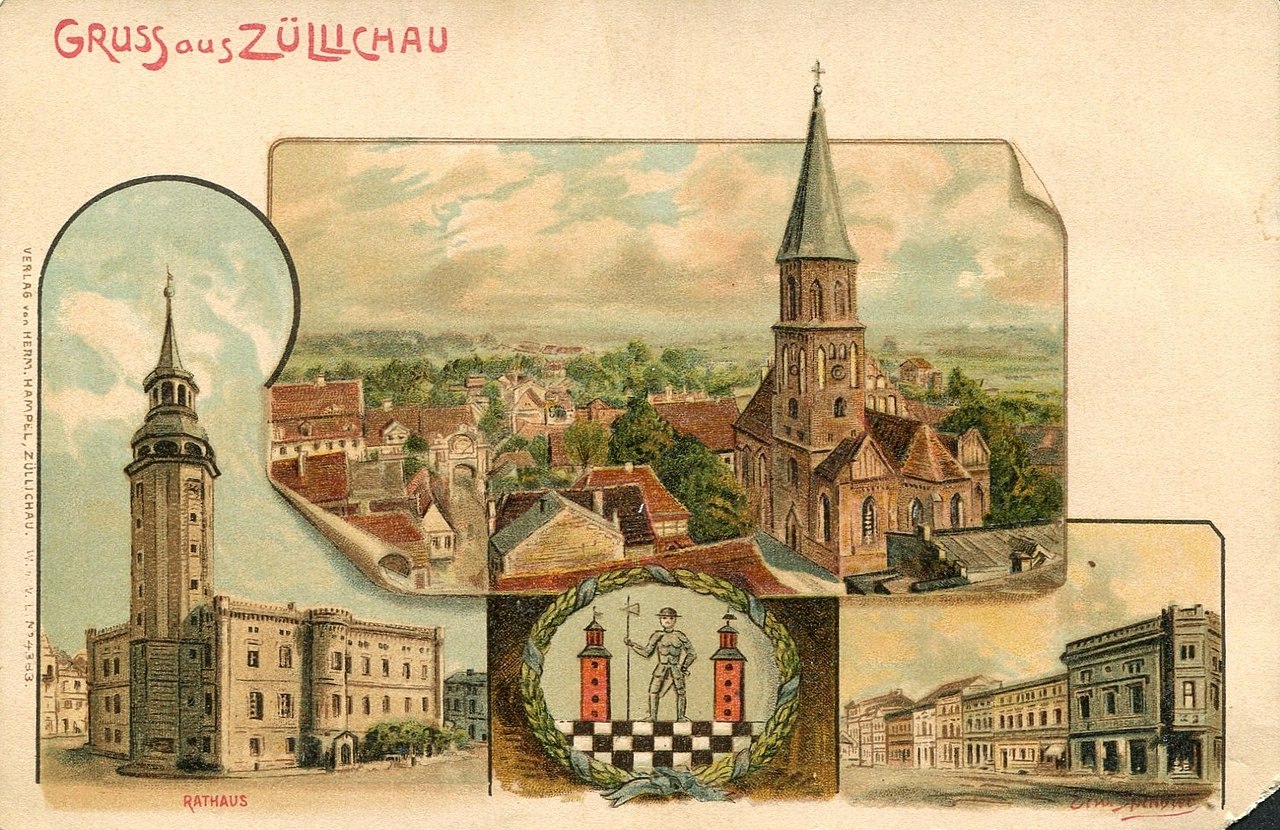 Eighteen-year-old Werner, who between 1936 and 1938 attended vocational agricultural training, was fortunate enough to be sponsored by the Australian Jewish Welfare Society. In August 1939, he said farewell to his parents and left his family home. On 7 October 1939, after an exhausting, long journey through the Netherlands, India, and Indonesia, Werner reached his final destination, Sydney. He was the only one from the family who survived the Holocaust.

Piece by piece, through archival documents and genealogical databases, Peter reconstructed the fate of the Wollinski family. Thanks to guidance obtained in 2016 from Magda Mizgalska-Osowiecka from POLIN’s Resource Center, Peter contacted the Polish State Archives in Poznań, which maintained his ancestors’ civil records. He also found pre-war maps of Wągrowiec. For the first time, Peter saw the layout of the streets once strolled by his great-grandparents and grandparents.

In 2019, he again emailed POLIN’s Resource Center. Writing to Krzysztof Bielawski and Anna Styczyńska, he explained that he was preparing for a three-week trip around Poland, following the footsteps of his family. He also wrote that he was planning to visit Warsaw: “During that time I will be visiting your museum to get a better understanding of what life was like for my ancestors in Poland from 1850 to 1935”.

Peter turned to the staff of the Resource Center for suggestions as to which institutions and people he should contact in order to learn more about the history of the region and its local Jewish community. News of the upcoming visit by the Australian, whose ancestors came from the Wągrowiec region, quickly spread amongst the inhabitants. 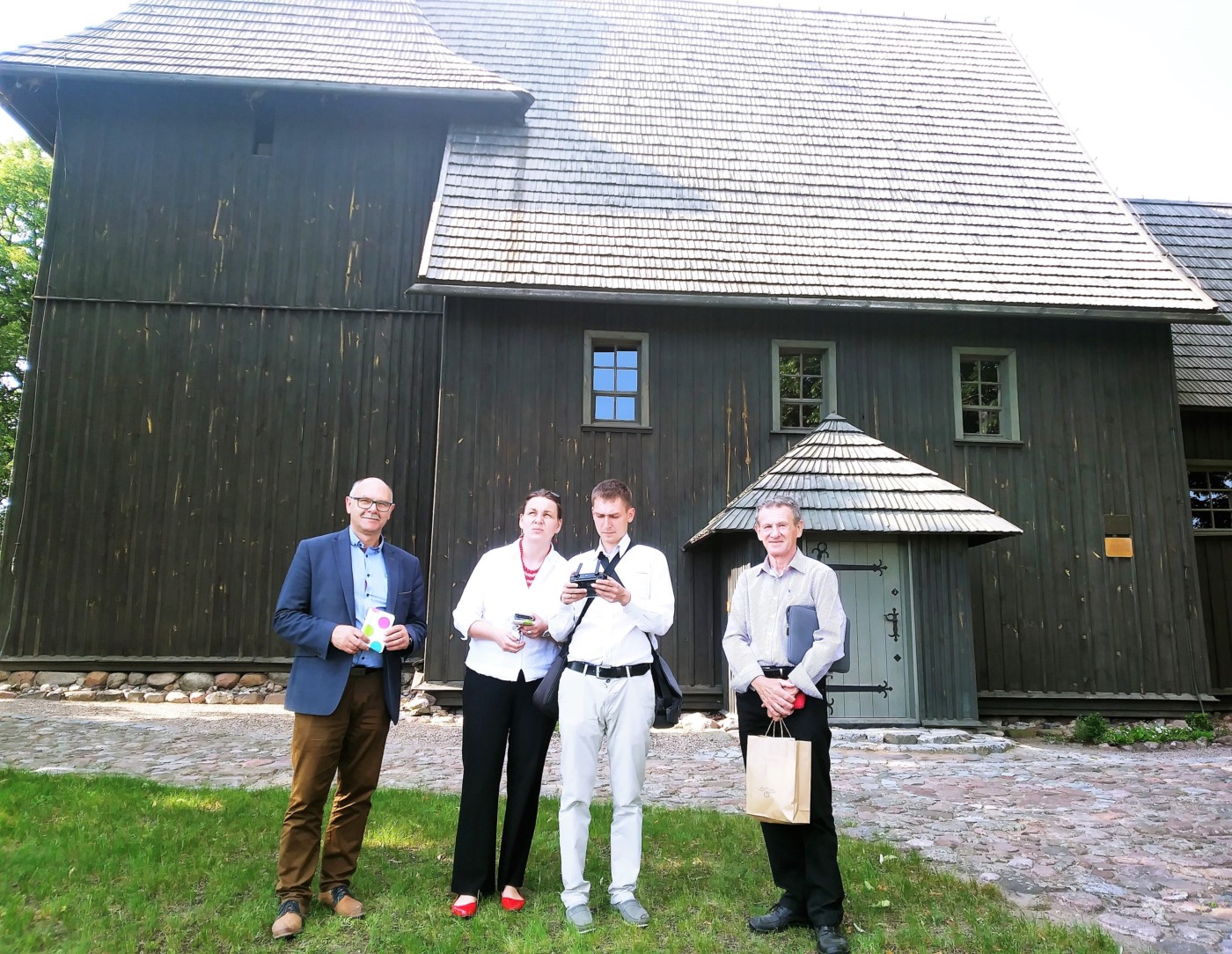 Peter with a companions during the trip to Wągrowiec

Peter was warmly welcomed by the governor of the Wągrowiec Municipality and by members of the local press. He was shown around Wronki, Gołańcz, Łekno, Rogoźno, and Wągrowiec by local history enthusiasts. Among the places he visited was an exhibition dedicated to the history of the Jews in the Wągrowiec District and the Jewish cemetery where his great-grandfather, Wolff, was probably buried. In the Jewish cemetery in Wronki, amongst the matzevot from which a lapidarium had been constructed, he found tombstones dedicated to his great-great-grandparents. In Wągrowiec, he could see with his own eyes the street where his great-grandparents had lived and the house where his grandparents had resided and his father had been born.The culmination of his journey was a visit to POLIN Museum of the History of Polish Jews. After viewing the exhibition, Peter also visited the Resource Center in order to share his impressions of his emotional trip and to personally express his thanks for the support which he had received in discovering his family’s history.

Several weeks later, an email from Peter arrived at POLIN Museum, expressing his gratitude for the help in genealogical research and for the warm welcome which he had received at the Resource Center:

"Following my trip to my ancestral villages and towns, I came to Warsaw to visit Polin Museum, which I thoroughly enjoyed. Whilst at the museum, I decided to call into your Resource Center, hoping to thank Anna in person for how she had made my visit to my ancestral homeland so memorable. […] I cannot emphasise enough what an honour it was for me to meet her and above all to receive from her all the information that made my visit such an unforgettable success. There is no doubt that without the wonderful assistance received from her, my trip would not have been as successful."

Do you need help in discovering your Jewish roots or in the creation of your family tree? Are you searching for common ancestors with people having the same surname and coming from the same region?

We provide genealogical research services. Write to us. We’re waiting to hear from you!

To learn more, go to: https://polin.pl/en/cih-genealogy! We are waiting for your message at: genealogy@polin.pl.