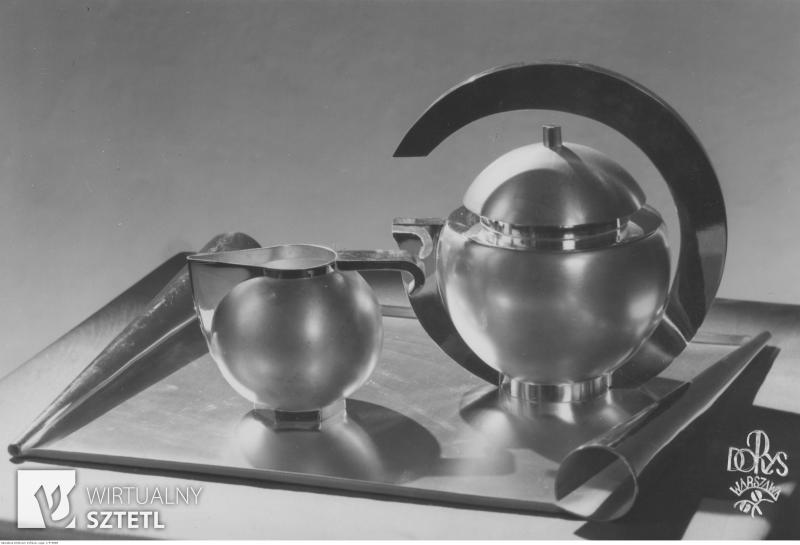 Julia Ringel was born in Stryi to an assimilated Jewish family, the younger daughter of Feiwel Ringel, an oil and construction entrepreneur, and Chana Klara née Wallenstein. Julia’s elder sister Celina (born 25 July 1899 in Stryi) obtained a doctorate in chemistry. Julia's mother and sister were killed in the Holocaust.

In 1920, Julia Ringel graduated from the Adam Mickiewicz Private Gymnasium in Lviv. After her final exams in high school, she decided to follow her interest in humanities and enrolled in the Faculty of Philosophy at the Lviv University. However, she later dropped out and moved to the local State Industrial School, where she learned woodcarving and sculpting in stone and wood.

In 1922, she married Ignacy Keil, a lawyer by profession and a bookseller by avocation. In July 1923, she gave birth to their son Marceli. In 1923, the family moved to Warsaw. Ignacy joined the well-known bookselling and publishing company F. Hoesick (he was secretary to Marian Sztajnsberg), while Julia took up her interrupted artistic studies at the School of Fine Arts in 1925.

She studied sculpture in the atelier of Professor Tadeusz Breyer, attended classes given by Karol Stryjeński (metal techniques atelier), Józef Czajkowski (monumental sculpture), Karol Tichy and Wojciech Jastrzębowski (composition of solids and surfaces) – outstanding artists and teachers, authors of the success of the Polish pavilion at the International Exhibition of Modern Decorative and Industrial Arts in Paris in 1925, founders of the "Ład” (English: Order) Artists' Cooperative.

Keilowa’s talent was already recognised during her studies. In 1929 and 1930, she received an award for metalwork produced under the supervision of Professor Stryjeński, and in 1931 she received a medal for a sculpture (unidentified) made in Professor Breyer’s studio.

The archives of the Academy of Fine Arts in Warsaw contain a certificate from April 1929, signed by Professor Czajkowski, requesting to reduce the cost of a foreign passport for student Keilowa, who leaving for six months to study art in Italy, Austria, and France.

In 1929, she joined the "Forma” Sculptors' Cooperative founded by professors Breyer and Stryjeński.

In 1930, still as a student, Julia joined the ranks of artists exhibiting their works at the Institute of Art Propaganda (Polish: Instytut Propagandy Sztuki – IPS), where she regularly showed her award-winning pieces from 1932 to 1938. In 1935, she received the award of the Minister of Foreign Affairs, and in 1937 she received a honourable mention for her portrait of theatre artist Elżbieta Barszczewska. The year 1938 saw her first individual metalwork. Including ca. 170 pieces, the exhibition was described in the press as “a serious artistic event in the life of the capital city […]. The artist's initiative breaks the ice in this neglected field, so far the exclusive domain of factory production, which does not recognise Polish artists as designers.”[1.1]

In 1933, two years after graduating from the academy, Julia Keilowa opened her own metalwork studio, equipping it with cutting-edge technology – furnaces for heating metal and etching baths imported from Paris.

Keilowa was commissioned by some of the most famous plater and silverware factories – Norblin, Fraget or the Henneberg Brothers, which were open to modern design and willing to cooperate with renowned artists. Keilowa’s designs kept with the spirit of the period – they were concise in form, extremely decorative and at the same time comfortable to use. Cooperating with the above-mentioned companies, she created around 400 different designs for objects of everyday use.

In 1935, she received a truly “luxurious” commission from Fraget – designing tableware elements for the transatlantic liner M/S Piłsudski. The breakfast set (jug, lacteal, and sugar bowl) had all the hallmarks of the designer’s style – elegant spherical shapes and stable, solid bases which worked well for sea travel.

Two years later (in 1937), the wooden sculpture Nina and a set of Keilowa’s platters were shown at the International Exposition of Art and Technology in Modern Life in Paris (including the Royal Apple sugar bowl) and won two gold medals. The interiors of the Polish Pavilion were illuminated by lamps designed by Keilowa.[1.2]

The Paris success was followed by the 1939 New York World's Fair, held shortly before the outbreak of World War II. A total of 16 pieces by Keilowa were included in the exhibition[1.3] catalogue – vases, platters, cups, candlesticks, lacteals, sugar bowls, teapots, mugs, salt shakers, gilded cutlery, a cigarette set, tea service, either hand-wrought by the artist or produced by Fraget and Henneberg Brothers. None of them have returned to Poland.

At the beginning of the war, the Keil family left for Lviv. Julia ran a ceramics studio there, employing 20 people.

After the German invasion of the USSR, they returned to Warsaw. Keilowa used so-called "Aryan papers" until she was arrested by officers of the German criminal police (Kripo) in August 1942. She was imprisoned at Szucha Avenue (in the building of the today’s Ministry of Science and Higher Education; interestingly, it was designed by Keilowa’s professor, Wojciech Jastrzębowski).

Julia Keilowa died in mysterious circumstances, unexplained to this day. According to documents found in the State Archive of the City of Warsaw[1.4], three days after his wife’s arrest Ignacy Keil received the news that she had been shot. On 22 January 1951, the Warszawa-Śródmieście District Court declared Julia Keil dead as of 9 May 1946.

A symbolic grave of Julia Keilowa is located in the Powązki Military Cemetery in Warsaw – section A30, row 1, plot 25.

A small collection of objects designed by Julia Keilowa can be found in the Museum of Warsaw (18 items, including the iconic Ball-Shaped Sugar Bowl made of silver-plated brass at the Norblin factory ca. 1935), the National Museum (including a hand-forged platter, a vase, and a bowl made of silver-plated brass from 1930–1936, a sculpture of Norwid) and the Jewish Historical Institute (including the statue of Elżbieta Barszczewska).

A stone replica of Julia Keilowa’s wooden bust of Cyprian Kamil Norwid was erected in Warsaw’s Łazienki Park in 2006.