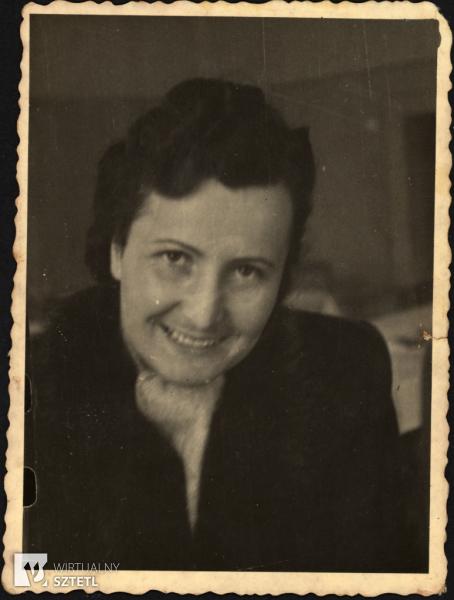 Lena (Lea) Kichler (Kichler-Zilberman, Küchler-Silberman) (28th January 1910, Wieliczka – 6th August 1987, Tel Aviv) - psychologist and teacher and, from 1949, an Israeli citizen. She became famous for saving about a hundred children, who survived the Holocaust and lived in Jewish orphanages in Rabka and Zakopane which, in the summer of 1945, were attacked by armed units of Józef Kuraś “Ogień” (Zakopane) and a group of junior high school students led by the priest Hojoł (Rabka).

Lena Kichler was born in Wieliczka on 28th January 1910 to an Orthodox Jewish family, as the eldest of seven children. Her father Elijah was a tailor. He and his wife, Sarah née Brenner, ran a small shop.

When she graduated from a six-class primary school, despite her outstanding abilities, her father refused to let her go to junior secondary school due to the requirement of attending lessons on Saturdays. The teenager, covertly supported by her mother, studied for four years on her own, according to the school curriculum. She also gave private lessons, which allowed her to pay the tuition fees for the last two years of study at the famous Hebrew Gimnazjum in Kraków.

After matriculating in 1929, Lena studied pedagogy and psychology in the Faculty of Philosophy of the Jagiellonian University, under Professor Stefan Szuman, who advised her to undertake doctoral studies. However, due to the Great Depression, she could not afford to do so. She needed to help her parents to support her younger siblings. So she accepted a state-founded teaching job at a Jewish elementary school in Bielsko (nowadays Bielsko-Biała). There, in 1935, she married the trader, Alfred Seelenfreund. Her mother died just before the war.

After the outbreak of the war, she remained with her husband in Lwów, from where she returned to the General Government. After the extermination operation in Wieliczka in August 1942, during which her father was murdered, she escaped from a transport to Bełżec and hid on the "Aryan side", first in Warsaw, and then in the Janówek estate in Podlasie region (Wierzbno district), where she worked as a babysitter.

Shortly after liberation, Lena Kichler (under the name of “Leontyna Relicz”) came to Krakow, where, on behalf of the Jewish Committee (Polish: Komitet Żydowski - KŻ), she organized convalescent orphanages in Rabka and Zakopane, becoming matron of the latter.

After antisemitic armed attacks on orphanages in Podhale by the units of Józef Kuraś “Ogień” (Zakopane) and high school students led by Father Hojoł (Rabka), in the spring of 1946 she secretly carried sixty children out of Poland to France, where she ran an orphanage in Bellevue near Paris, After the establishment of the state of Israel in 1949, she took the children there and placed them in the Kvutzat Shiller kibbutz.

Afterwards, she worked as a psychologist, remarried and, at the age of 47, she gave birth to a daughter, Shira.

In Israel, she was honoured with numerous awards and honours - a street in Tel Aviv is named after her. In Poland, where she spent the first half of her life and performed heroic deeds, the figure of Lena Kichler was completely unknown until 2015, when Karolina Panz published the results of her research on the post-war fate of Jews in Podhale.

Lena wrote three memoirs, one of which, My Hundred Children, was published many times in various languages in the 1960s. Two films were made based on her story, a feature in the United States (1987) and a documentary in Israel (2004).