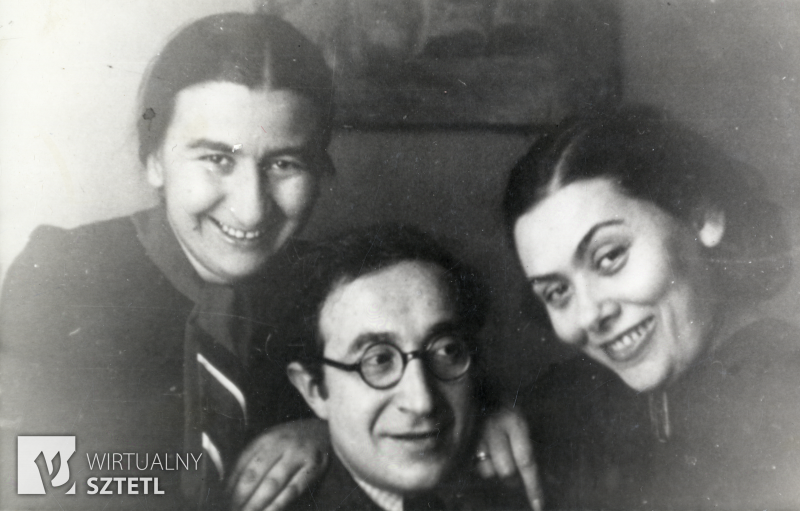 Gela Seksztajn came from a poor Jewish family in Warsaw. Her father was a shoemaker. Gela Seksztajn's painting talent was noticed by such outstanding artists as Izrael Jehoszua Singer, Jonasz Turkow or Henryk Kuna. Thanks to their efforts, she obtained a scholarship from the Minister of Religious Denominations and Public Education (Polish:  Minister Wyznań Religijnych i Oświecenia Publicznego). At that time, she could begin painting studies at the Academy of Fine Arts in Krakow. After graduation, she returned to Warsaw, where she painted and exhibited her paintings at the Jewish Society for the Promotion of Fine Arts (Polish: Żydowskie Towarzystwie Krzewienia Sztuk Pięknych) and at the Association of Jewish Artists and Designers (Polish:  Stowarzyszenie Żydowskich Artystów Plastyków). She created watercolours, oil paintings and drew sketches. Her works include a series of portraits of Jewish writers and numerous still life works.

She married a teacher and Zionist activist, Izrael Lichtensztajn. In 1940, they both ended up in the Warsaw ghetto. Lichtensztajn and Emanuel Ringelblum co-founded the secret Archive of the Warsaw Ghetto "Oneg Szabat".

Gela Seksztajn initially worked as a drawing teacher in a secret school, and then at a school at 68 Nowolipki Street. She was awarded for her work for children by the Judenrat chairman, Adam Czerniaków. In 1942, at 68 Nowolipki Street, she hid her drawings and paintings in one of the metal boxes prepared to be hidden in the Ghetto Archive.

Gela Seksztajn was murdered along with her husband and their young daughter, Margolin, at the beginning of the Warsaw Ghetto Uprising. Ten chests of the so-called The Ringelblum Archive, including the box with her watercolours, drawings and a farewell letter, were found at 68  Nowolipki Street in September 1946.