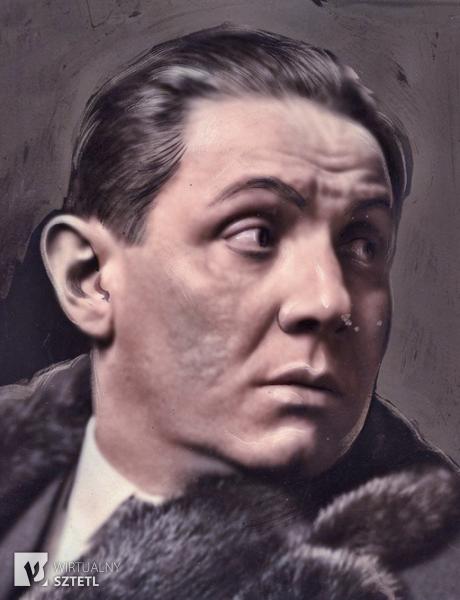 Arnold Szyfman was born in Ulanów to Jewish merchant Jakub Schiffmann and his wife Anna. In 1901, the family moved to Kraków, where Arnold graduated secondary school and completed studies at the Faculty of Philosophy of the Jagiellonian University. In 1906, he received the title of Doctor of Philosophy.

Still as a young man, Szyfman developed a passion for theatre. Years later, he recalled that he had been immensely impressed by the premiere of The Wedding by Stanisław Wyspiański in Kraków. He went to study in Berlin for a year, during which time he discovered German theatre, went to the Berlin Opera, and saw performances of Richard Wagner’s pieces. In 1908, he followed his lover, actress Maria Przybyłko-Potocka, to Warsaw. A year later, he opened the “Momus” literary and artistic cabaret. At that time, he converted to Catholicism.

Szyfman started to raise funds among Warsaw’s aristocracy and landed gentry with the intention of creating a large private theatre in Warsaw. Having collected the necessary amount, he laid the cornerstone for Teatr Polski, which eventually opened in 1913. As the first manager of the theatre, he assembled an excellent artistic team, while his innovative solutions in stage design and daring directorial projects contributed to the reformation of Polish theatrical art.

During World War I, Szyfman stayed in Moscow. He returned to Teatr Polski in 1918. In 1937, he founded the Polish Representative Ballet. During the interwar period, he also headed several smaller theatres. After the outbreak of World War II, he went into hiding under an assumed name. His wife Maria was killed in the Warsaw Uprising in 1944.

After the war, Szyfman began to rebuild the theatre life of the Polish capital. He worked on theatre theory, wrote numerous reviews, articles, and polemics. He managed Teatr Polski for two more years. In 1950, at the age of 68, he became director of Teatr Wielki and helped the institution recover from war damage. He died in Warsaw.