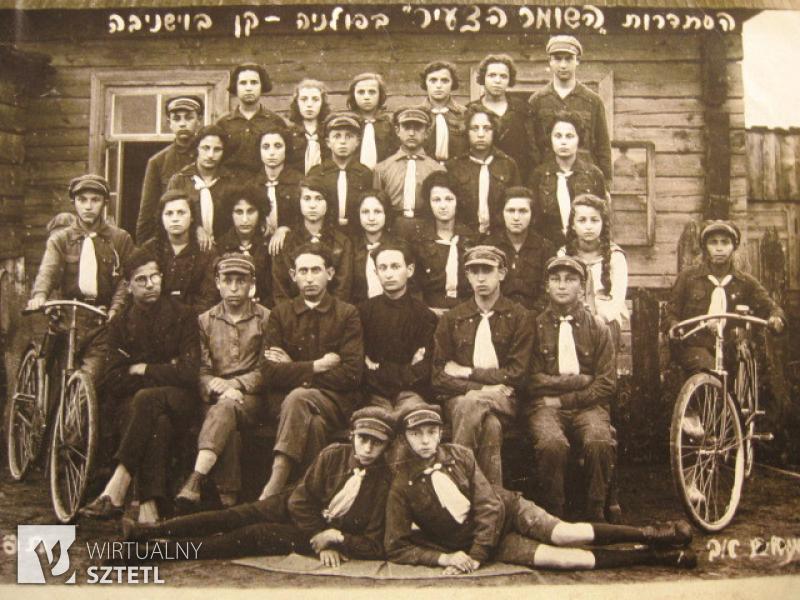 The organisation was established in 1915 in Vienna, where its founders, living in exile at the time, were able to become acquainted with the theories of Martin Buber, various German youth organisations as well as the scouting movement. The founders of the organisation required both themselves and other members to strive towards the achievement of a set of ambitious moral and ideological goals, believing that the mission of Zionism was to combine the ideals of Judaism and humanism, ultimately leading to the rebirth of humanity itself through the creation of “a new man”. Despite the fact that the organisation preferred to distance itself from the ongoing political debate, the egalitarian ideals which it followed have meant that it shared many common features with socialism. After 1917, the HaShomer HaTzair began to gain a following in Galicia and the former Russian Partition, although the number of its members was still not particularly high. Its supporters believed that only those pioneers who were adequately prepared to serve the nation as well as for hard work should be allowed to participate in the aliyah (hence their criticism of the fourth aliyah, during which many impoverished owners of small businesses have made their way to Palestine). The HaShomer HaTzair remained a diverse organisation in terms of ideology, although it was gradually embracing Marxist influences; in a long-term perspective, the movement believed that, once a workers’ society would be established in Palestine, a social revolution would follow, during which Jewish socialists would go hand-in-hand with revolutionary Arab groups; these views have resulted in the further diversification of the pioneer movement in Poland and the ultimate establishment of the HaNoar HaTzioni in 1932. The concepts referred to above have been particularly popular among the HaShomer HaTzair activists in Palestine. In 1925, the movement merged with the HeHalutz, although it retained its autonomy in various areas, including ideological issues as well as the organisation of the kibbutzim (collective communities the aim of which was to prepare their members for physical work they would perform once they have settled in Palestine). Unlike the HeHalutz, the organisation retained its progressive character. This allowed the members of the HaShomer HaTzair to play a significant role in the life of the Jewish community in Poland after 1939, when a large number of Zionist leaders chose to go into exile. The activists of the HaShomer HaTzair, along with the leaders of other pioneering movements, the Bund as well as the communists, have formed a political and military underground in the ghettos. Mordechai Anielewicz, a prominent HaShomer HaTzair activist, became the leader of the 1943 Warsaw Ghetto Uprising. After 1944, the members of the organisation participated in the preparations for the aliyah – both the legal and illegal ones.

Quoted after: Tomaszewski J., Żbikowski A., Żydzi w Polsce. Dzieje i kultura. Leksykon. [Jews in Poland – Their History and Culture. A Lexicon.], , Warsaw 2001.