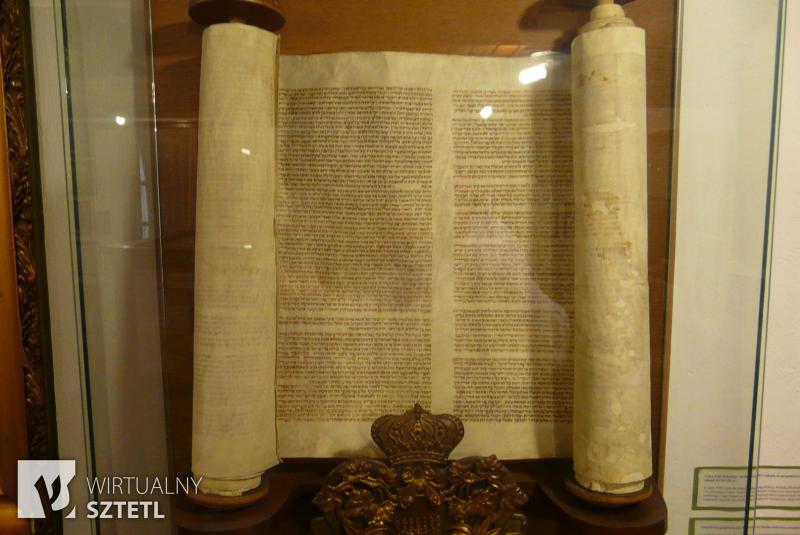 1) In the narrower sense, the name of the Pentateuch of Moses (in Hebrew Humash, in Greek Pentateuch), that is, the first five books of the Old Testament (the Hebrew Bible ); they are: Genesis or The Book of Origins (Bereshit), Exodus (Shemot), Leviticus (Vaykira), Numbers (Ba Midbar), Deuteronomy (D’varim). Those books contain a summary of the history of the mankind, from the creation of the world, a fictionalized account of the life of Moses, the exodus of Israelites from Egypt, the covenant made with God on Mount Sinai and the wandering of Israelites until the death of Moses; the preserved social and religious laws of old Israel and the orders concerning rituals were also included in it. According to the researchers, the process of creation and compilation of the T. continued for many centuries (some of the stories and laws probably date back to the period before Moses); an important stage were the compilations: Deuteronomic from the 7th century BC (Deuteronomium — the name derived from Greek, denoting the Book of Deuteronomy), the compilation connected with the religious reform of the king Josiah (622–621 BC) and the compilation from the turn of the 6th and 7th century BC, called the Levitical (after the experience of Jews in Babylonian captivity); the T. canon, that is, law, was probably established around the 5th-4th century BC. For the followers of Judaism, the T. is the most important revelation, the holy book, the normative basis of the entire religious and social life of an individual and a whole community of Judaism followers, and its wording cannot be changed in any manner.

2) In the broader sense, the name “Torah” refers to the entire Old Testament, whilst in the broadest sense — to the whole Jewish tradition, as that tradition is composed of the Written Instruction (Torah she-bi-khtav), contained in the Hebrew Bibleand the oral Law (Torah she-be-`al peh), transmitted in the Talmud; according to the rabbinic tradition, both were revealed by God to Moses at the same time and both are of equal importance.

3) Sefer Torah, Hebrew, is the name of a scroll on which the Pentateuch is written, kept in synagogues; T. scrolls are rolled on two shafts (called Etz Chaim), often made of precious wood; the parts sticking out of the parchment are usually richly ornamented with sculpture and inlays; the T. scrolls are tied with a long, narrow linen belt, called a sash, ornamented with embroidery. Sefer Torah with its covering called Mantle (meil), decorated with ornaments made of precious stones (Klei Kodesh), is kept in the holy shrine (Aron ha-Kodesh (Torah Ark)).

4) Simchat Torah [Hebrew: ‘Rejoicing of the Torah’], is a solemn ceremony in the synagogue, connected with the conclusion of the annual cycle of public Torah readings; it takes place on the day following the Sukkot holiday: during a joyful procession (with singing and dancing), men carry the T. scrolls around the synagogue seven times.