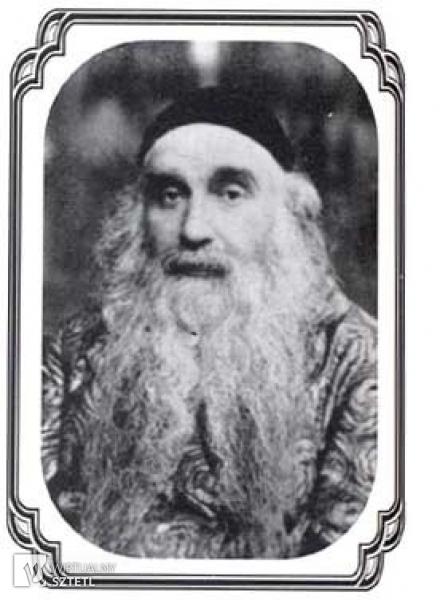 Tsaddik  [Hebrew, tsadik = just, righteous] - a righteous man who complies with the moral principles of Judaism; also charismatic leader of the Hasidic community, treated with utmost respect by his followers who believe that he has the power to do miracles.

A tzadik was considered to be an intermediary between men and God, for through his extraordinary piety and willpower he could attain the state of mystical unity with God and expedite the coming of the Messiah; it was believed that he also had the right to perform religious obligations in lieu of people who were not prepared to do so; the donations of his followers constituted the livelihood of a tzadik. In the 17th century, Elimelech of Lizhensk, the founder of the so-called practical tzadikism, believed that a tzadik is not just a spiritual leader but that his authority should extend to all spheres of life; he was also the first to introduce regular fees payable by the Hasidim to their tzadik. He built a manor where his followers would come to seek advice and spiritual support. As time went by, the practice of the upkeep of manor houses of individual tzadikim became commonplace, while the title of the tzadik was now inheritable, which resulted in the formation of tzadik dynasties at the end of the 18th century and the beginning of the 19th century; the most renowned dynasties resided, among others, in Sadhora, Bobowa, Mezeritch, Kozienice, Lizhensk and Lublin.s Chasidism was taking shape, during the lifetime of its founder Baal Shem Tov, the institution of the tzaddik did not yet exist. It developed only later, during the generation of his pupils.

Elimelech of Lezajsk described a tzaddik's role and tasks. A tzaddik's authority sprang from the belief in mystical initiation and from inherited charisma, which made them mediators between people and God, and which would manifest itself in the power to perform miracles. Ecstatic practices, which play an important role in Chasidism, required inner perfection, outside the reach of normal people. They could come close to this state only through contact with a tzaddik, around which religious life was centered; thus, some ceremonies would take place in his home.

Most tzaddikim founded dynasties, passing their position on to their sons and sons-in-law. They established new communities in other locations, helping the spread of Chasidism. Tzaddikim maintained "courts" made up of their most important pupils, the gabay who would manage practical matters, and their families. Usually, local and visiting Chasidim would also visit, and often the poor did as well. For the major holidays, groups of Chasidim would go there for blessings and lessons - and sometimes these groups would number in the tens of thousands. Although the Sabbath was a family holiday, it became a custom to have the third Saturday meal at the home of the tzaddik, who would teach and bless them. After the meal, those present would try to take with them crumbs that had been touched by the tzaddik's hand. This custom was called "shirayim" [Hebrew, "what remains"], associated with the belief in the strength of the tzaddik's prayer, which also served to emphasize the unity and closeness of the faithful.

Chasidim demonstrated their joy from having come into contact with the tzaddik – and through him, with God--by dancing and singing that had an ecstatic character. Many of them also visited the tzaddik during the week, hoping for advice on religious and private matters. They would hand the gabay a kvitlekh [Yiddish, "slip of paper"] upon which a request was written, as well as a small sum of money, the "pidyon ha-nefesh" [Hebrew, "payment for one's soul"].

The teachings of specific tzaddikim, related in the form of parables, differed, as Chasidism did not have a uniform doctrine. Heated debates took place between some courts. One such example took place in the mid-nineteenth century between the tzaddik Chaim Halberstam of Nowy Sacz, who put strong emphasis on studying the Talmud and on a modest, ascetic lifestyle, and the tzaddik Israel Friedman of Sadogora, the author of many parables who loved luxury and not place much importance on study of the Talmud.

The text comes from the Diapozytyw Portal, formerly owned by the Instytutu Adama Mickiewicza. The following text comes from the book entitled "Historia i kultura Żydów polskich. Słownik", by Alina Cała, Hanna Węgrzynek and Gabriela Zalewska, published by WSiP