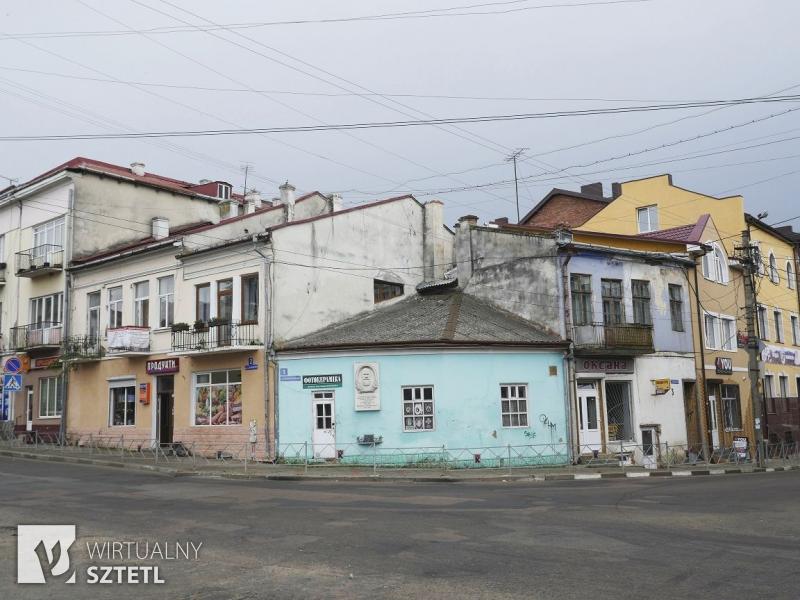 The first Jewish families appeared in Kalush ca. 1600. The Jewish district was called “The Little Palestine.” It had all the characteristics of a Jewish shtetl.

In 1825, the Jewish community built the so-called Great Synagogue in the town’s centre (according to information from the old inhabitants of the town, it was located at the site of the current Prykarpatsky Hotel). There were five synagogues in the town, providing services to 6,000 “sons and daughters of Israel”: one large and four smaller. A hundred years later, there were 7,210 inhabitants in the town, including 4,266 Jews[1.1].

In the 19th century, the Jewish community of Kalush, like most communities in Galicia, was divided into three major groups – Orthodox Jews, Hasidim, and Progressive Jews (Haskalah). Most of the local Jewish population was Orthodox. Some of the most prominent rabbis of Kalush were Józef Babat, Jakub Leizer, Michał Brawer, Jakub Nusbaum, and Szlomo Schikler. Hasidic Jews gathered around the so-called “Devil’s Key” and Rabbi Jechiel[1.2].

In 1910, 8,000 people lived in the town. Half of them were Jews. A Jewish lower secondary school was opened; one of the teachers working there in 1911 was P. Paluszyński. In 1914, during World War I, the Russians burned 200 Jewish houses – the whole centre of Kalush. In 1918, many Jews joined the local militia – the Jewish Kalush Brigade – which protected houses and shops and ensured peace in the evening[1.1.1].

During World War II, in June 1941, Kalush was occupied by German troops. In October 1941, the Germans murdered thousands of Jews from Kalush and the surrounding areas. In August 1942, the ghetto in Kalush was liquidated, with some Jews transferred to Ivano-Frankivsk. In September 1942, the last Jews from Kalush were sent to the German Nazi death camp in Bełżec.