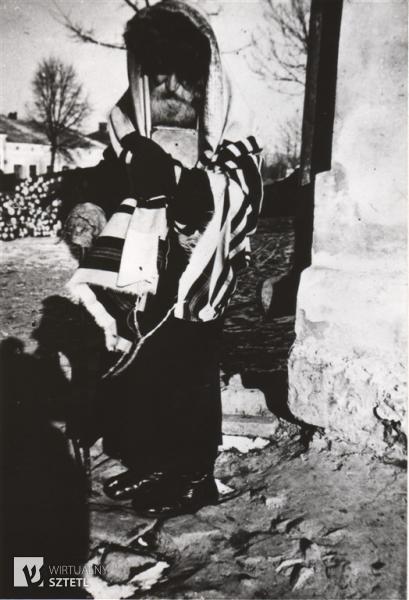 Jews began to settle in Błażowa in the late 17th century. In 1785, 150 Jews were recorded in the town books. In 1835, 306 Jews lived in the Roman Catholic parish of Błażowa. However, in 1870, there were already 1,004 Jews living within the religious community of Błażowa. They had a synagogue, a cemetery and two rabbis. The highest number of Jews in Błażowa was recorded in 1890 - 942 (20% of the population). In the next 30 years, the number of the community decreased to 682 people. This probably resulted in migration to bigger towns and emigration to the United States of America.

The town was a well-known centre of Hasidism. From the beginning of the 20th century until the outbreak of World War I, tzadik Tzvi Elimelech Szapiro resided there. After him, the local Hasidim were headed by his grandson, Izrael Szapiro (1889-1989), who emigrated to the USA and founded the Błażowa-Dynów dynasty of tzadikim in New York. He was succeeded in Błażowa by his son Tzvi Yehuda.

From 1897, the Credit Association (Polish: Towarzystwo Kredytowe) with Wolf Fussman as its president operated in Błażowa. In 1907, both synagogues, 189 Jewish and 27 Christian houses burnt in a great fire in the town. In 1914, Jakub Blum, a Jew, bought the Blazów grange and sold it three years later to Izaak Silber from Rzeszów. A private bank, owned by Salomon and Hajm Najs, operated in the town.

In 1918, 200 Jewish houses in Błażowa were looted by peasants. In 1919, a boycott was organised and its aim was to refrain from selling food to Jews.

In the interwar period, there was a Jewish Merchants Association (Polish: Stowarzyszenie Kupców Żydowskich), which president was Salomon Neiss.
In 1939 there were 2030 Jews living within the Jewish religious community.

After the German aggression against Poland, 139 Jews displaced from Łódź and Kalisz also found themselves in Błażowa. A Judenrat was set up, which arranged a social kitchen, feeding 300 most people in need. The Germans had established a ghetto, which they liquidated on 26 June 1942 by displacing its inhabitants to the Rzeszów ghetto. From there, most of them were deported after a month to the Nazi German extermination camp in Bełżec. During the occupation the Germans murdered 26 local Jews in Błażowa.

After the end of the war, the life of the Jewish community in the town did not revive.