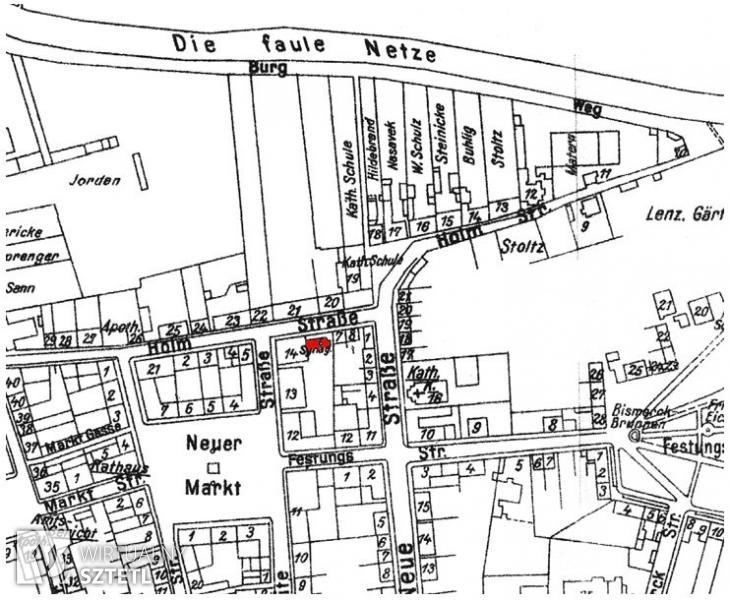 The Jewish community in Drezdenko (German: Driesen) was formed in the 18th century. The local synagogue and cemetery date back the mid-18th century.

In 1849, 96 Jews lived in the town, and in 1871 – 171, probably the largest number in the whole history of that community (4% of the population). The local Jewish people made a living from trade with the nearby Polish lands. Another evidence of the close relationship with Poland was the dominance of Orthodox Judaism in the community.

The Nazi rise to power prompted the local Jews to prepare for migration. In the autumn of 1933, Hebrew language courses were launched in the town. The synagogue was probably destroyed during the Kristallnacht in November 1938.