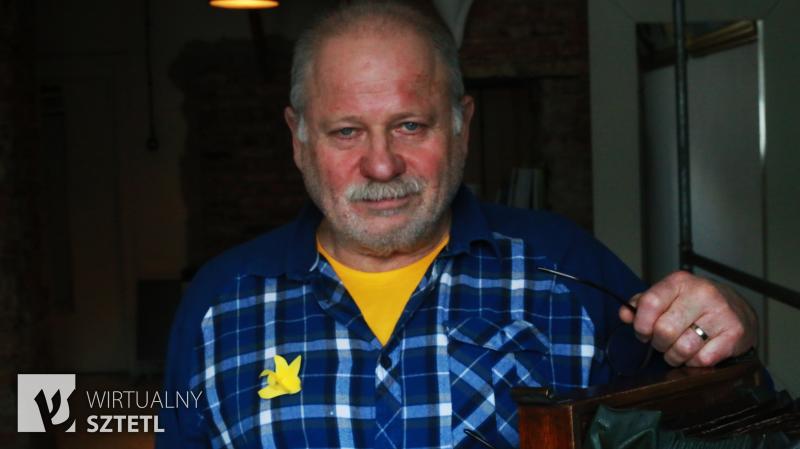 Michał Lichtensztejn (son of Szymon and Alicja nee Rosenbaum) was born In 1948 in Wrocław where his father was involved in providing social aid to Jews returning from the evacuation in the Soviet Union and settling down in the so-called Recovered Territories. In 1950, the family moved to Warsaw where his father was offered a job in the Ministry of Foreign Affairs (as a diplomatic courier). In 1956, the interviewee’s father was dismissed from the Ministry and began to work in the Socio-Cultural Association of Jews in Poland. Michał Lichtensztejn began his education in the secondary school but he had resigned and began external studies. He was employed in the printing section of “The Express Wieczorny” newspaper, in the preparatory room. In 1968, his mother, working as a microbiologist, lost her job. Michał was fired from his job in the printing office. He and his father made a decision to immigrate to France. They left Poland in September 1968. As an immigrant, Michał’s father continued to work in the area of the Jewish culture: he worked as an operator of a linotype machine in Jewish newspapers. After having retired, he was publishing books in Yiddish. Michał Lichtensztejn began to work as a photoengraver and soon afterwards opened his own business. During the interview, Michał dubbed the enforced immigration from Poland “the last roundup”. „For many years”, he said, „we have been saying that we were a part of the last roundup in Poland, and we felt like that. Our immigration resembled – in a way - the wartime roundups. Not perhaps in the physical sense of the term but in terms of the atmosphere. We were not physically packed into the carriages but there were some indications in social life that we had to board the trains and leave.”

The interview was carried out in Paris, in an apartment of the interviewee’s friends.