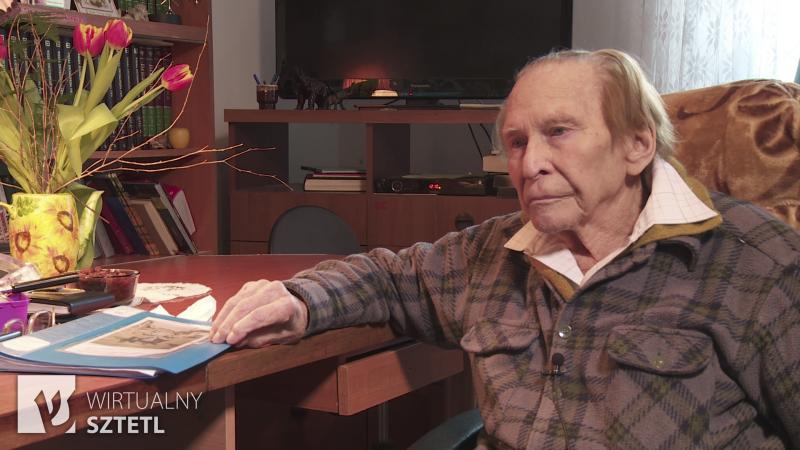 Janusz Ostrowski was born in Warsaw in 1926. Janusz Ostrowski's father, Aleksander, was a construction engineer and a member of KPP (Communist Party of Poland), and then of PPS (Polish Socialist Party). His mother, Władysława née Lencka was a teacher. Janusz Ostrowski had an older brother, Aleksander, and a sister, Inka (she died as a child). Until the second half of the 1930s, the Ostrowski family lived in the WSM housing estate in Warsaw, then, due to their father's political activity, they moved to Łódź.

In 1939 the Ostrowski family were displaced from Łódź, but after some time they returned to Warsaw. Janusz Ostrowski took up a job in the Fire Brigade. Having considerable freedom of movement as a firefighter, he frequently visited the ghetto. During the uprising in the ghetto, together with the fire brigade, he extinguished fires at the command of the Germans and secretly allowed the Jews rescued from the fire to escape. Together with his brother and father, he also helped Jews hiding in Warsaw and took part in actions against blackmailers.

During the Warsaw Uprising, Janusz Ostrowski and his brother fought in Żoliborz in the IV Battalion of the Jarosław Dąbrowski OW PPS (military units of the Socialist Insurgent Rescue Service) (pseud. “Cyprian”). He was wounded in the leg on the second day of the uprising during an attempt to retrieve arms from German units. His brother (pseud. “Feliks”) and father (pseud. “Franciszek”) died during the uprising. In the autumn of 1944 Janusz Ostrowski went to hospital in Żoliborz, then he was treated in Milanówek.