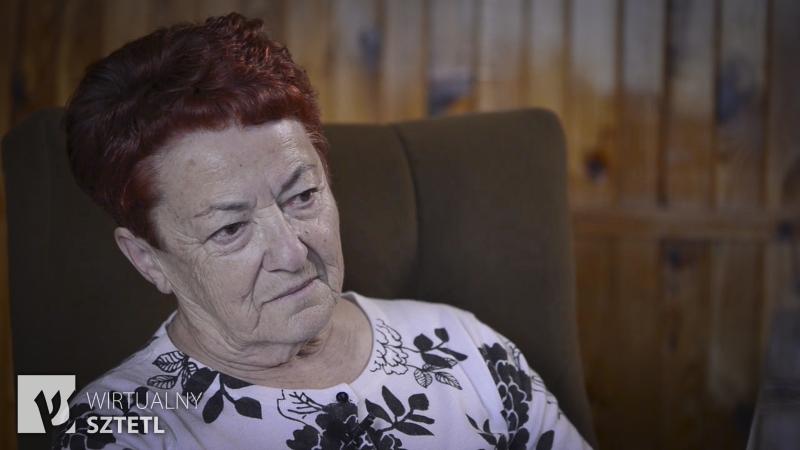 Bela Flajs was born in 1935 in Kosiv (before the war it was located in the Stanisławów Voivodeship of the Second Polish Republic, currently located in the Ivano-Frankivsk Oblast). After the Soviet Army entered Poland, her family was deported to the Soviet Union. Bela Flajs survived the war in the Urals, together with her mother, aunt, and her grandmother. After the war, in the spring of 1946, she arrived in Pieszyce near Dzierżoniów as part of a repatriation programme. Later, the family moved to Dzierżoniów, where Bela Flajs still resides. Her mother, Sara Flajs, was a communist who for many years worked as a librarian for the Party Committee in Dzierżoniów. She was buried at the Jewish cemetery in Dzierżoniów. Barbara Flajs obtained an engineering degree in Moscow, where she met her future husband,  who was Polish as well. She is a qualified electronics engineer. Bela Flajs worked all her life at the DIORA production plant as a constructor of car radios, industrial automation and also specialised in military manufacture. She gave birth to two daughters. She has two grandchildren who are being brought up in the Catholic tradition, but they know their grandmother is Jewish. The family respects different traditions - both Catholic and Jewish holidays are celebrated  in the family - and Bela Flajs prepares Jewish dishes for the family on such occasions. For many years now, Bela Flajs has been retired. She is active in the TSKŻ club in Dzierżoniów. She describes herself as a Pole of Jewish ancestry.

The recording was made in the flat of Bela Flajs in Dzierżoniów after agreeing on the date of the interview by phone.