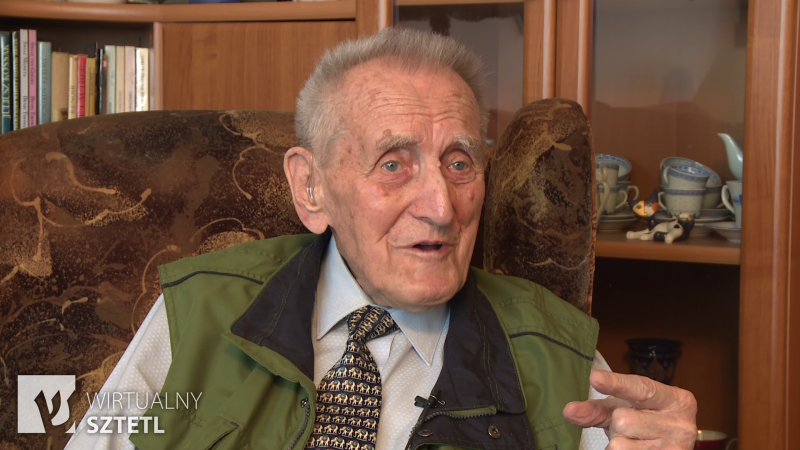 Ryszard Witkowski was born in Milanówek in 1926 as the son of head of the post office in Milanówek Józef Witkowski, veteran of the Polish-Soviet war, who died in 1928. His mother, Felicja Witkowska, came from Biłgoraj; she had a photography studio in Milanówek. After her husband’s death, she brought up her son and daughter who was 3 years his senior on her own.

He graduated from a primary school in Milanówek and starting 1938 attended the Tomasz Zan State Lower Secondary in Pruszków. He belonged to the 197th Masovian Scout Group. In 1939, after Umiastowski’s radio call (6 September), he and his two-years-older cousin were incorporated into a group of volunteers heading east on bicycles. He bore witness to the German-Soviet friendship parade in Brześć by the Bug River. He returned to Milanówek in October 1939. In November 1941, he was sworn in as a member of the National Military Organisation; after the merged with the Union of Armed Struggle he was a member of the 52th platoon of the Polish Home Army. Together with his mother and sister, he helped three Jews during the war: Józef Grotte (originally Józef Roman) and the Miodowski brothers. Owing to their efforts, he was awarded the medal of the Righteous Among the Nations.