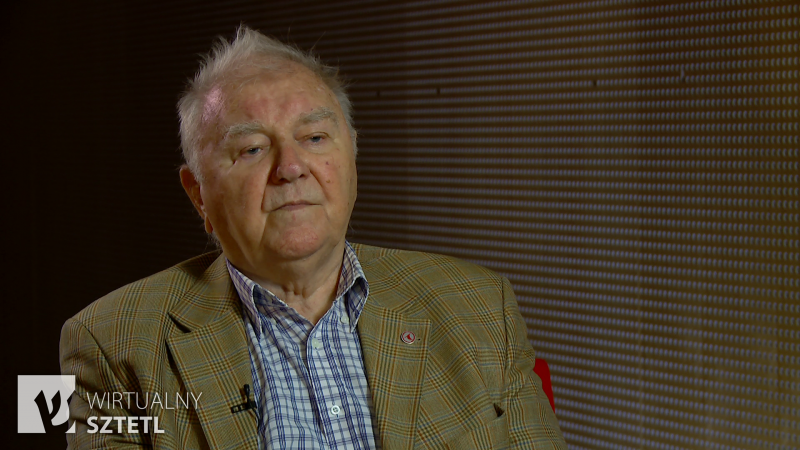 Władysław Hosticzko was born on 27 June 1930 in Żytyń, Volhynia; he had a sister 3 years older than him. Their father (d. 1977) was a soldier in the Border Protection Corps (Polish: Korpus Ochrony Pogranicza), he served mainly in reserve battalions and because of that the family has to relocate frequently; their mother came from Palcze and was the daughter of a farmer.

At the beginning of the war, Władysław Hosticzko’s family were forced to flee Żytyń and move in with their distant relatives, who lived at the Hutory farm near Palcze. It was there that they hid Edwarda Finkielgus, a pre-war Jewish school friend whose family had died in a ghetto near Żytyń, for several months; Edwarda was then employed as a domestic worker at the farm owned by the brother of Władysław Hosticzko’s grandfather. His family had to flee from groups of Ukrainian militants again, this time to Kiwerce (Ukrainian: Kivertsi), from where she was repatriated to the vicinity of Chełm after the war ended.

In 1951, Władysław Hosticzko passed his secondary school final examinations in Racibórz; he graduated from the Warsaw University of Technology in 1955 and got married in the same year, with his daughter being born one year later. He worked as an engineer in industry and then in international trade, stayed at various diplomatic missions, for example in Madrid, Portugal, Argentina. He retired in 1993 and lived in Warsaw together with his wife. Władysław Hosticzko passed away in 2021.