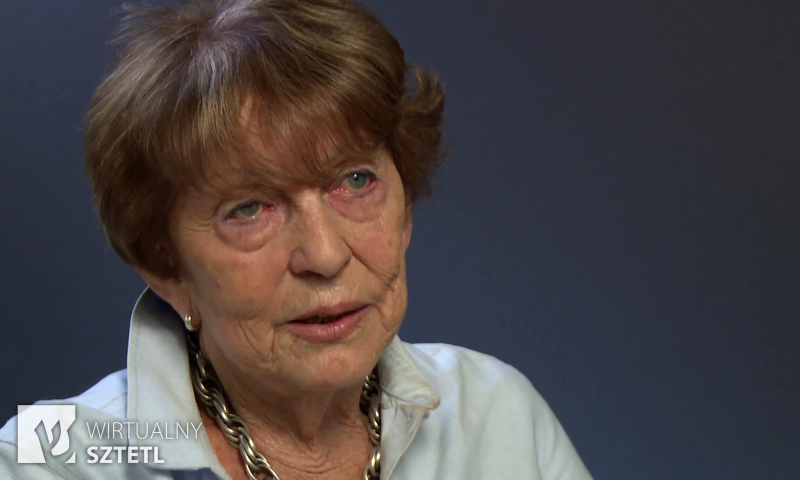 Lena Choynowska was born in Lviv as Lena Alter. Her father, Rachmiel, died in Bełżec; her mother, Gustawa, and her older sister survived the war. Before the war, the family lived on Łyczakowska Street in Lviv, and from 1941 on Słoneczna Street in the ghetto. Lena Choynowska and her mother left the ghetto during its liquidation (her sister got out earlier) and until the end of the war she lived and worked in the village of Wiśniewo for a peasant Andzia and her family. They accepted her because her mother agreed to go to work in Germany for Andzia; however, for health reasons she was not sent there and worked as a maid in Warsaw. In the winter of 1945, she took Lena and her sister to Warsaw, but in April, because of their poor economic situation, Lena Choynowska was sent to a Jewish orphanage in Zatrzebie. Her sister got a job in Katowice and Lena Choynowska started school there. She studied journalism at the University of Warsaw, and after graduation worked in the radio in Katowice; she got married twice, she has a daughter Kasia. Her sister emigrated to Australia, and when she had a baby, her mother also moved there. Lena Choynowska visited her sister in Australia for the first time in 1964. She is currently retired and is involved in the activities of the Association of Children of the Holocaust.