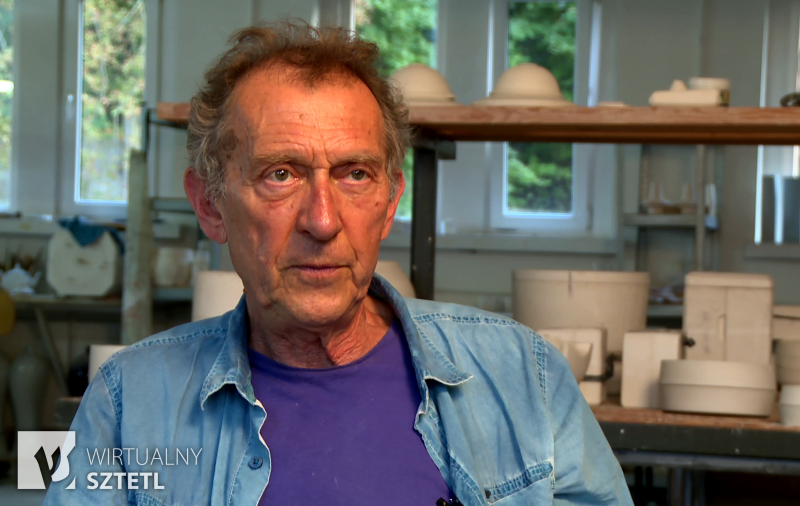 Marek Cecuła was born in Częstochowa in 1944. His parents came from Kielce, mother from a Catholic family, and father from a Jewish family, thus they had to get married in secret. They were called “Kielce Romeo and Juliet”. They settled in a house at the Kielce market square.

During World War II, Cecuła’s father got enclosed in the Kielce ghetto, from which he escaped to Częstochowa. He obtained the documents of his colleague’s deceased brother, and along with them a new name that he used for the rest of his life (earlier it was called Motel Kohn). For two years he was hiding in Częstochowa in a cache under the floor. Then he landed in a camp. After the war, he opened a car parts store at the Kielce market square. On July 4 1946, he was out of town, thanks to which he escaped the Kielce pogrom. After this event, the Cecuła family moved to Częstochowa for two months.

In the 1950s, the family was preparing itself for emigration to Israel. The departure did not take place because of the death of Marek Cecuła’s father. The 16-year-old Marek decided to leave alone. His father's brother, who sent him a ticket, had been living in Israel since the 1920s. He made a short trip around Europe and sailed from Naples to Haifa. He stayed in Jerusalem and studied ceramics for several years. He served in the army. Then he settled in a kibbutz, where together with a group of friends he founded an artistic commune. He got married and his daughter Ida was born.

After spending twelve years in Israel, he moved with the artistic commune to Brazil. The commune broke up, and Marek Cecuła, together with his wife from the United States, moved to New York in 1976. There, inspired by the artistic atmosphere, he began to develop his ceramic creativity. He set up his own studio and gallery, worked as an academic teacher, headed the ceramics department of one of the art schools. At the end of the 1990s, the artist moved his ceramic studio to Poland and gradually began to re-tie his life with Kielce. He ran the Kielce Design Centre. In cooperation with Polish Porcelain Factories, Ćmielów and Chodzież, he opened Ćmielów Design Studio. The subject of remembrance about Kielce Jews appeared in his works. He designed the sculpture entitled Menorah, which was unveiled on the 65th anniversary of the liquidation of the Kielce ghetto. He is also the author of a project of a mass grave of victims of the Kielce pogrom.

The interview took place in Marek Ceceuła’s studio in Ćmielów.