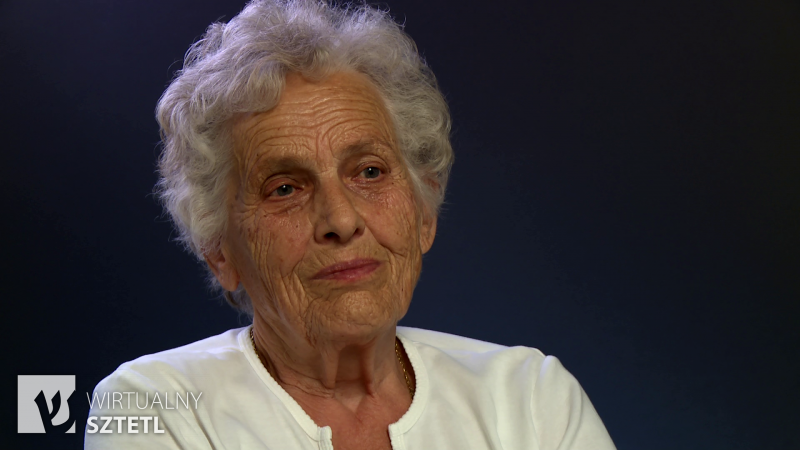 Helena Troszczyńska, née Górska, was born in 1932 in Milanówek as the daughter of Stanisław and Anna Górski. In 1937, her family settled in Grochów in a villa at 94 Ostrobramska Street, sharing the villa with the families of its owners, Cholewiński and Kmieciński. She had a younger brother Eugeniusz.

During the war, on May 8, 1943, two escapees from the ghetto appeared in the Górski's yard. They asked Stanisław Górski for water. He warned them about a German living nearby and suggested the possibility of spending one night in an abandoned, burned-out house on the other side of the street. He gave them the key that they were to leave in the agreed place. The next day, little Helena went to pick it up from the agreed place, but it was not there. The men stayed in the hideout and convinced Górski to let them stay longer. Then they were producing moonshine in the hideout, which Anna Górska distributed. Most of the neighbours knew about Jews in hiding. They were Jerzy Rudnicki and Stanisław Rudnicki (earlier Izaak Ajzenfus). Before they got enclosed in the ghetto, Jerzy lived in Grochów, and Stanisław in Rembertów.

In 1944, Stanisław Górski was arrested in a round-up and imprisoned in the Mauthausen camp. He returned to Warsaw after liberation. There was a quarrel between him and Jerzy Rudnicki, as a result of which they broke contact with each other. Jerzy Rudnicki went to Germany, but Stanisław Rudnicki became friend of Stanisław Górski and his wife Marylka, and this friendship lasted until the death of Stanisław. Families spent holidays and celebrations with each other. Helena Troszczyńska and her parents have been honoured as Righteous Among the Nations.