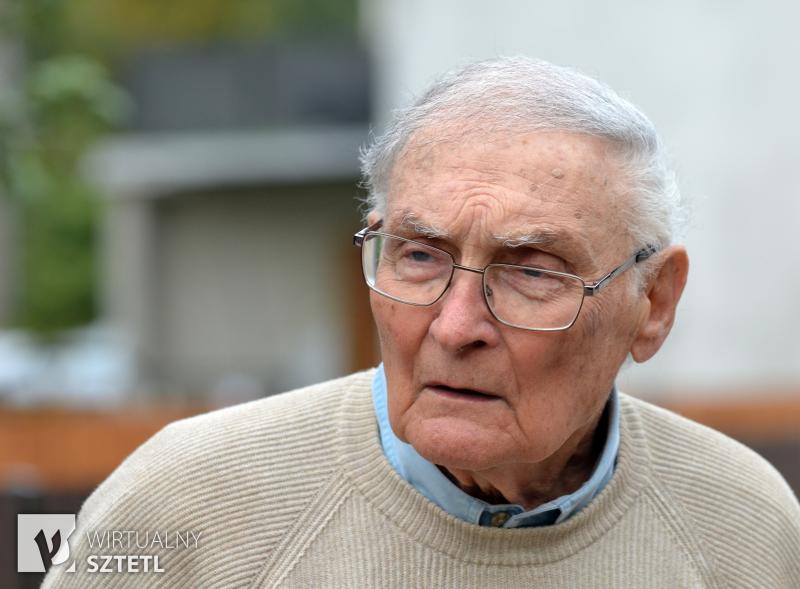 Herman Storick was born in Brooklyn, New York on June 26th, 1929. His mother Rayzel Michałowska was born in Jeleniewo, Poland at an unknown date. In 1912 Reyzel emigrated from Poland to New York.

Herman Storick was always interested in Jeleniewo because it was the homeland of his mother. He visited Poland for the first time in 1989, an experience that he described as ‘sad’ because he had no family remaining there.

After his first visit, Herman Storick decided to restore the Jewish cemetery in the village with the help of his wife Cecilia, the village priest Father Władysław Podeszwik, guide Krzysztof Malczewski, Jan Jagielski from the Jewish Historical Institute, and other locals. The renovated cemetery, which had become decrepit in the decades after the Second World War, was inaugurated in 1992 in a ceremony attended by over 70 people from the village.

Interview was recorded at POLIN Museum of the History of Polish Jews.