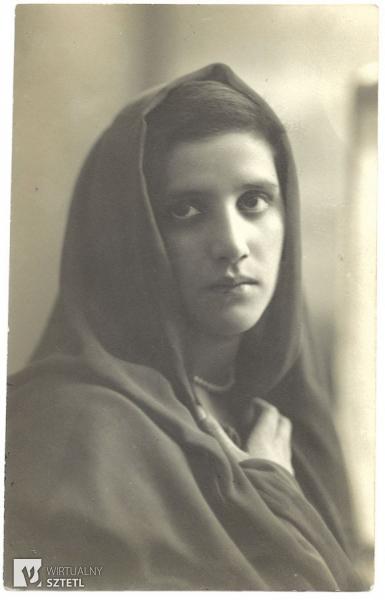 The Jewish community in Alytus (a city in southern Lithuania, also known as Olita, Aliten and Alita) is one of the oldest in Lithuania. The first Jews settled there during the reign of Grand Duke Vytautas in the early 14th century. In the 16th century Alytus was probably inhabited by an organized group of Jews, although no documents concerning their lives have been preserved.

In 1737, thanks to a privilege granted by King Augustus III, “Polish, Lithuanian and German Jews” flocked into the town. The list of taxpayers in the Kahal in 1765 contains 360 names. In 1783, 65 Jews lived in the town. According to an inventory from 1786, a brick synagogue and 9 Jewish houses stood in the vicinity of the market square in Alytus. The synagogue probably burned down in the 19th century.

By the 19th century the majority of shops in the city were owned by Jews. By the end of the century there were 30 Jewish-owned businesses in Alytus I. Several Jews had large farms and made their living from agriculture. In 1856 the first wooden synagogue was built in Alytus II (the left-bank part), in Kowieńska Street. At the turn of the 20th century Jews began to relocate from the right-bank to the left-bank part of Alytus. A second market square was established in left-bank Alytus II and was soon surrounded by businesses moved there by the newcomers. About 1900 the city already had 30 Jewish shops: as many as right-bank Alytus I.

In the wake of great fires, which damaged left-bank Alytus II in 1890, 1909 and 1911, many new brick buildings were erected, including a new synagogue (at the site of a destroyed wooden one). In 1914, after the outbreak of World War I, Jews from left-bank Alytus II were forced by the Russians to leave the city by April 1915. Considering that the order did not affect right-bank Alytus I, that was where they moved. Under German occupation (1915–1918) the Jews returned to their homes. In 1916 a Jewish elementary school was founded in Alytus II. Its emergence was associated with an increase in the Jewish population of the city. Substantial development of the community during World War I was related to the German occupier transferring the administrative centre from Kalvarija to Alytus, whose two parts were reconnected [A. Cohen-Mushlin, S. Kravtsov, V. Levin, G. Mickūnaitė, J. Šiaučiūnaitė-Verbickienė, Synagogues in Lithuania, Vilnius (2010), p. 88]. Despite the unification of the city, the Jews maintained the division – until the Holocaust they had two separate rabbis and synagogues.

In the 1920s many Jews from Alytus emigrated to Palestine and South Africa. According to the census of 1923 the city had a Jewish population of 1,715: 874 men and 841 women (27.1% of the total population). In the interwar period the community maintained several prayer houses, Jewish schools and associations. Jewish tailors, shoemakers, watchmakers and other craftsmen competed with the Lithuanians. Three Jews: Fajwel Epsztejn (Favelis Epštein), Hersz Smolianski (Giršas Šmoliansk) and Wolf Góra (Vulfas Guras) owned small lemonade production businesses.

The Jewish People's Bank was established in 1920 the former Alytus I. In 1929, a branch was also founded in Alytus II. In 1919 a Voluntary Fire Brigade was established, made up mostly of Jews and led by Mendel Bokszycki (Mendelis Bokšickis). In 1920 Izaak Abramowicz (Isaak Abramavičius) established a photography studio in the market square in Alytus II. His photographs of the residents of the city as well as streets and buildings are valuable documents today. In 1925 Jews owned 65 trading establishments (out of 86 registered) and 31 production plants (out of 42 registered).

In the interwar years in Synagogalna Street in Alytus there was a wooden synagogue (probably built in the first half of the 19th century at the site of the demolished brick one), and the rabbi's house, where he lived with his wife and two children, was across the street. In the interwar period the rabbis of Alytus I were Jehuda Jabłoński and Becalel Lewin; both were murdered in the Vidzgiris forest in 1941. The last rabbis of Alytus II were Aron Milewski and Nachman Kołodicki (Koloditzky). Before the war the city had a Hebrew school, a yeshiva, a Jewish library, and two branches of the aforementioned Jewish People's Bank [A. Cohen-Mushlin, S. Kravtsov, V. Levin, G. Mickūnaitė, J. Šiaučiūnaitė-Verbickienė, Synagogues in Lithuania, Vilnius (2010), p. 88.]. In 1925 the branch in Alytus I had 213 members, while the branch in Alytus II had 144. As the years passed, the number of members in Alytus I fell to 161 while the branch in Alytus II expanded to 364 members. The city also had a private bank owned by Josef Marszak. In 1930 some Jews from Alytus II, in conflict with the others, applied to the Religious Department for permission to build a prayer house, but were ultimately refused.

In 1931 four Jews earned seats on the City Council. Their names were Nachum Bernstein, Strelitz, Lifszyc and Nachum Beirach. After elections in 1934, among 12 members of the Council there were 3 Jews: M. Bokszycki, Sz. Beiral and N. Monosowski. In the interwar period, the Jewish community of the city ran many charitable, cultural, sports and religious associations. The approximate total number of such associations during the period was 26, including Makabi, Chevra Kadisha, WIZO, Betar and others. In 1939, 50 Jews owned telephones (out of 130 installed in the city).

In Alytus, as in all of Europe, the 1930s were marked by the boycott of Jewish trade, advocated by the “Verslas” Lithuanian Merchants Association. In April 1932 the Jewish cemetery was vandalized.

In June 1940 the Soviet army entered Alytus. The majority of Jewish factories and shops were nationalized and some owners and their families were deported deep into Russia. Zionist parties and youth organizations were outlawed; several activists were arrested. The Hebrew school was converted into a Yiddish school. The teachers and students held a performance of a play titled “For Peace” in October 1940.

On 22 June 1941 Alytus was bombed by the Germans. Many Jews were killed in the attack. On the same day, the German army entered Alytus II. The fight against Soviet forces lasted only two days. Several Jews managed to leave the city with the retreating Red Army. On 23 June 1941 two German soldiers were killed in the vicinity of a mill; in retaliation, the Germans murdered 42 men living in nearby houses, as well as the owner of the mill. The entrance of the Germans into the city sealed the fate of the local Jews.

Local Lithuanian nationalists took it upon themselves to remove all communists and Jews from Alytus. Several hundred people of Jewish origin were deported to Suwałki. Several dozen Jews were trapped in one of the synagogues and the building was set on fire. When the Gestapo arrived at the city, the remaining Jews were confined to a ghetto situated on one of the streets. They were forbidden from walking on sidewalks and staying outside of their homes after 20:00. Men and women between the ages of 14 and 50 were required to wear yellow badges at the front and back as well as report at the office of the German commander or the city authorities every day at 7:00.

During World War II, between August and September 1941 about 1,300 local Jews were shot in the forest near Vidzgiris (now a district of the city). After the war, several Lithuanians were sentenced for assisting in the executions.  Only two Jewish women survived the Holocaust: Belkin and Chaja Kapłan, sheltered by local Lithuanians. By 1944 a total of 60,000–70,000 people were murdered in the Vidzgiris forest, mostly Jews from the eastern part of the USSR (as delineated by state borders in 1941). In 1993 a monument to the victims was erected at the site.