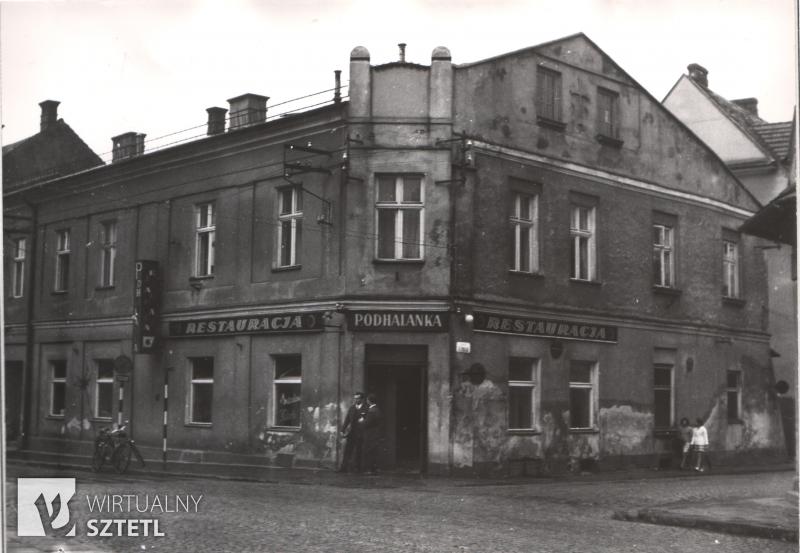 The beginning of Andrychów dates to the 14th century. It is probable that migrants from Moravia established here a settlement called Indrzychów. In the 1344 Peter ’s Pence collection register, it is listed under a distorted name of Henrychów (ecclesia de Henrichow)[1.1] In 1345, the settlement covered an area of 27 square kilometers (10 square kilometers according to other sources) and was inhabited by 105 people. In his work called “Liber Beneficjorum” Jan Długosz, a 15th-century chronicler, referred to the aforementioned village as Gendrzychów.

In 1440, Kraków castellan Dziersław from Rytwiany embarked on a private war against Silesia. When he was passing through Andrychów, most of the settlement’s inhabitants joined him, which led to the depopulation of the little town.

During the reign of Polish King Zygmunt I, at the beginning of the 16th century, Andrychów along with the town of Zator came under Polish rule and became an administrative center to the neighbouring settlements. In 1564, during a session of the Polish parliament, a decision was made to incorporate the Duchies of Zator and Oświęcim into the Crown of the Kingdom of Poland. As a consequence, in place of the Czech law, the Polish law was introduced in the annexed territories and Czech was replaced with Polish as the official language. The changes resulted in the members of the Polish nobility to arrive in this particular area.

“In subsequent years Andrychów changed hands. In the 16th century, during the reign of King Zygmunt Stary, the Szylling family became owners of the town. They supported reformation, so in the second half of the century, some of Andrychów’s residents converted to Calvinism.”[1.2] The Catholic parish ceased to exist.

Marian Przyłęcki, Szreniawa coat of arms, a judge and then a castellan of Oświęcim became the owner of Andrychów at the beginning of the 17th century. Moreover, he was an advisor to king Zygmunt II and Władysław IV. Marian Przyłęcki’s brother, Hieronim, inherited Andruchów, and then his son Achacy became its heir.

During the Second Northern War in 1655 Swedish troops heading for Oświęcim and Żywiec region, almost entirely destroyed the village of Andrychów. However, the settlement was quickly rebuilt and a weaving center was created here in 1674.

In 1707, similar damage was caused by invasions of the Swedish troops of Charles XII. The subsequent owner of Andrychów was the family called Czerny. At the beginning of the 18th century, Franciszek Czerny, Oświęcim castellan, brought and settled here craftsmen, including weavers from Belgium, Saxony and Silesia. “From that time on, the weaving industry in Andrychów started to grow, although its beginning probably dated as far back as the 16th century.”[1.3] The new owner made unsuccessful efforts to ensure that the settlement was granted town privileges, but despite these failed attempts, in 1750 the village received a king’s privilege to hold fairs, a privilege that up to that time had been only granted exclusively to towns. Franciszek gave the Andrychów land as a dowry to his daughter, Salomea, and her husband Stanisław Ankwicz from Posławice, Biecz castellan.

In 1772, the town and the village of Andrychów became part of the Austrian occupation zone. The Austrians named the town Andrichau. A privilege of 1823 listed in a Vienna registry confirms town privileges granted to Andrychów. From the end of the 18th and throughout the 19th century, partly Germanized forms of the name were in use, including Andrichau or Andrychau.

The well developed weaving industry contributed to the progress of the town. In 1792, there were as many as 200 weaving workshops here, and the local guild along with the neighbouring area numbered 700 of such places. The village covered a bigger area and numbered more inhabitants. For example, in 1816 the village of Andrychów had 217 houses and 1,860 inhabitants and the town, in 1824, had only 135 houses and 1,050 residents.”[1.5]

The town and the village merged into one Andrychów in 1886. The town office and a division of a district court (Polish: sąd grodzki) were in operation here at that time. In 1888, a train connection was provided between Cieszyn and Bielsko. In 1905, the Town Council ultimately assumed the name Andrychów, which was confirmed by the Council of Ministers in Vienna.

After Stanisław Ankwicz’s death, his son Tadeusz became the owner of Andrychów, and then his wife Katarzyna Ankwicz (nee Małachowska). At the beginning of the 19th century, count Bobrowski purchased the town, which had belonged to the family until 1945.

The First World War left the town undamaged, since it was located away from the main war events. It was only in the years 1914-1915, during the invasion of the imperial troops, that Andrychów was in the front-line infrastructure zone and a military hospital was organized in the school building. However, men from the town were members of the Austrian army. Along with the end of World War Onem, Poland regained independence and the town became part of the Second Republic of Poland.

In the interwar period the town was systematically developed. Andrychów was slowly becoming a vacation resort with a municipal swimming pool, a sports stadium and ski slopes and tourist routes. The outbreak of World War II impeded the growth of the town and it was a time when persecutions, displacements and transportations to forced labor and death camps took place. In total, there were approximately 2,000 victims of these events.

On 27 January 1945, the soldiers of the fourth Ukrainian front took over the town. Following the war, Andrychów underwent the process of quick industrialization. The Czeczowiczka factory was nationalized, reconstructed and expanded. It was changed into the Andrychów Cotton Industry Factory. A Factory of Compression-Ignition Engines called “Andoria”, which specialized in manufacture of engines destined for agriculture, construction and transportation was opened a small distance away. Another big business located in Andrychów was the Andrychów Machine Factory known around the world as the manufacturer of specialized machines. Andrychów became an important industrial town in the entire country. Also crafts, services and trade developed here. New housing estates and schools were quickly built. The Communist authorities did not pay attention to the protection of the natural environment. It underwent substantial degradation in the People’s Republic of Poland. After World War II, a dynamic growth was observed of the number of people living in Andrychów. Following the end of World War II in 1945, the town had some 5,000 residents, in 1966 the number was 12, 031 and in 1989, 22, 531.[1.6]