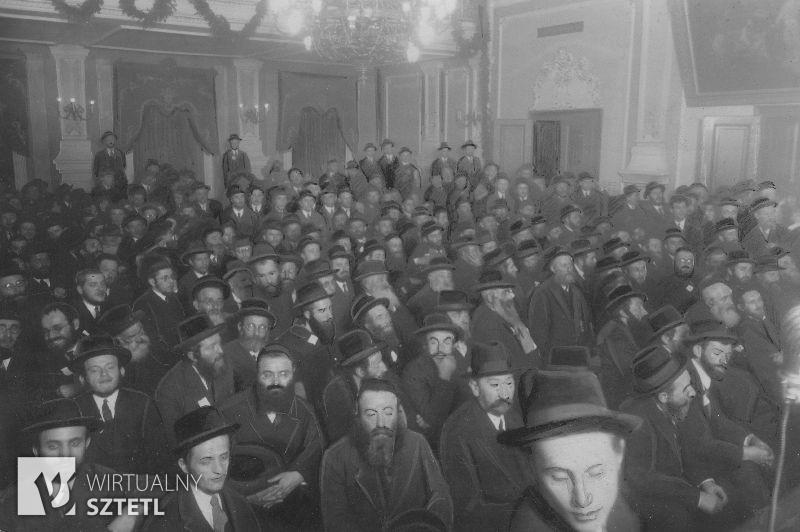 “Jews in the Political Arena of the Second Polish Republic” is the subject of an exhibition which will remain on view until 18th December 2019 at the Upper Silesian Jews House of Remembrance in Gliwice.

The beginnings of the Polish parliamentary system coincided with a turbulent period of change and with the beginning of the inter-War period. The signing of the Little Treaty of Versailles guaranteed respect for and the protection of the rights of national minorities. At that time, ethnic and religious diversity in Poland was visible not only on the streets of towns and villages, but also in the Sejm which included, among others, members of the Jewish community.

What will the exhibition show us?

The exhibition casts a fresh look at the history of the Polish parliamentary system and the Jewish contribution to its creation. Its beginnings can be considered to have taken place in 1922 and the first parliamentary election, in which many Jews decided to take part, standing in a bloc together with other minority groups. Thirty-five representatives of the Jewish community won seats in the Sejm, the majority of whom represented the Zionists and Orthodox Jews. The exhibition also presents other groups which were in that first term of the Sejm, such as the United National-Jewish Party of Eastern Małopolska and the Jewish Worker Union in Poland (the Bund).

The curators have decided to go further. The exhibition also presents profiles of some of the Jewish parliamentarians. They include Emil Sommerstein, who became famous as a community activist, philosopher and lawyer. Rabbis also feature – Wilno Rabbi Izaak Rubinstein, one of the leaders of Mizrachi in Poland and Kraków Rabbi Ozjasz Thon, who significantly contributed towards the creation of the Zionist movement in Galicia and who was rabbi of the Tempel progressive synagogue in Kraków.

The exhibition, which has so far been presented in the Polish Sejm, was created by the Social-Cultural Association of Jews in Poland (TSKŻ) together with Polish-Israeli Parliamentary Group. The educational value of this exhibition is that it brings to fore the subject of political groupings and the Jewish intelligentsia who had an undeniable impact on the formation of Polish statehood.

How big is this exhibition? See the exhibition for yourself while it is still on display over the next few weeks.

Museum details can be found on the website of Upper Silesian Jews House of Remembrance in Gliwice.