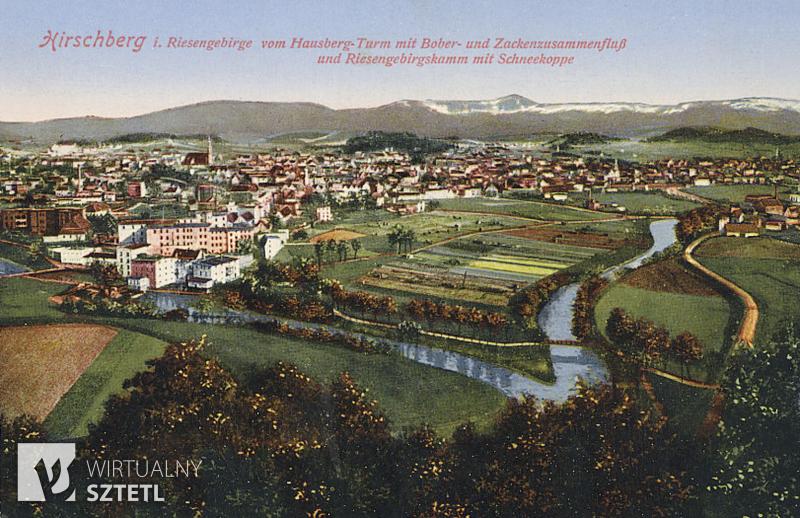 Probably there had been an unidentified Slavic town on the land of what is now Jelenia Góra. According to Polish tradition the town was founded in 1108 by Boleslaw III the Wrymouth. However the origins of Jelenia Góra probably go back to the mid-thirteenth century and are connected with the settlement of German colonists, which was led by Boleslaw II the Horned. The town thrived thanks to its convenient situation on the crossroads of important trade routes to the Czech Republic and Germany. The young town was granted the privileges by Silesian rulers and in the next centuries it became famous for the production and export of linen. It was also a mining and smelting center. The date of getting the city charter is unknown, but it can be assumed that the craft-trade settlement founded at that time to attain city status, the spatial planning and the name, Hirschberg.

In 1392 the Czechs began to rule Jelenia Góra and in 1527, after the death of king Ludwik, the last member of the Jagiello family on the Czech throne, the town found itself in the limits of the Habsburg monarchy. After the Thirty Years’ war Jelenia Góra became one of the richest towns in Silesia. The favorable development of the town was ended in 1742, when Silesia was incorporated by force of arms into Prussia, which cut the town off from the former markets. However, the 19th century was more favorable for Jelenia Góra. A few industrialists built their plants there. The tourist movement in Karkonosze, for which Jelenia Góra was the natural base, was soaring. The construction of railroads from Zgorzelec in 1866 and from Wrocław in 1867 to Jelenia Góra contributed to further economical growth of the town.

During the Second World War the town was not damaged and only after the German capitulation on the 8th of May in 1945 was it occupied by Soviet forces. Jelenia Góra was incorporated into Poland and the German inhabitants of the town were forcibly displaced. Polish DPs came and took their place.

After WW II Jelenia Góra retained the status of the county town and in 1975 it became the capital of a new province thanks to its strong economical and cultural position in the region. After the administrative reform in 1999 the Jeleniogórskie province became a part of the Dolnośląskie province.