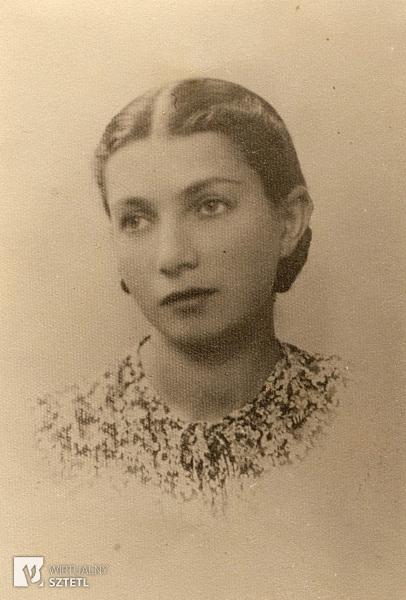 The first Jews appeared in Kurów in the mid-16th century. For the contemporary town squire, Stanisław Zbąski, the Jewish issue was not a top priority. In 1568, the successive Kurów’s owner, Stanisław Zbąski (Stanisław’s son), allowed the Kurów Jews to set up their own independent Jewish community, kehilla.

During the wars of the 17th century, the Jewish population was decimated by the Tatars and Cossacks. In 1565, many Jews were killed by Stefan Czarniecki’s troops. In 1661, Kurów numbered 384 people, among whom there were 50 Jews (13%).

In 1668, Bogusław Jan Zbąski granted a privilege to the Kurów Jews which equaled their rights with the rights of Catholics; they were granted, amongst others, the right to occupy buildings by the town square, the right to build a synagogue, a brewery, steam baths, and the permission to trade freely. The Jews were also under protection of the town squires. The privilege was confirmed in 1713 by the Szczuk family, and in 1742 and 1782, by the Potocki family. In 1674, the town population was 361, including 61 Jews (16%).

The Jewish population lived in the south-western part of Kurów, near the town pond, in the area encircled by such streets as Głęboka, Dworska (today I Armii Wojska Polskiego Street), Stawna and Tylna. In this area, the Jewish cultural and religious life was concentrated. Around the town square, the majority of butcher’s stalls and stands were owned by the Jews. Most of them were located around the town square.

Jews also lived in the following streets: Blich, Bożniczna (today: Nowa Street), Dzika (today: Kilińskiego Street), Kościuszki, Lubelska, and Żabia. In the beginning, in Żabia Street there was a Jewish lumber and boards warehouse. On the left the Poles lived, and on the right – the Jews[1.1].

The Jewish population in Kurów was mainly engaged in trade and craft. The Jews also took their goods to neighboring fairs in Wąwolnica, Markuszów, Puławy, Ryki, Michów, Lubartów or Niedrzwica. A Jew Josef Lewkowicz had his square by the local mill, near the Kurówka River. In the same place Berek Lewkowicz ran his winery and granary. In Dworska Street, near the Old Market Square, Josef Mortkiewicz owned a butcher’s stall. On their free days, the Jews were relaxing on meadows in Dworska Street. In summertime, well-off Jews traveled to Ruda, a summer resort, for relaxation.

In the 18th century, the owner of the town at that time, Konstancja Maria Szczuka, resettled the Jew Abraham Cyrulik whose building was located on the town square. She explained her decision in the following way: “I hereby announce to all and each of you who is concerned, and in particular to the townsmen and citizens of Kurów, both Poles and Jews, that I grant the Jew Abraham Cyrulik, a citizen of Kurów, the right to build a house, and I allow him to build it opposite the market, on the empty sarczyński plot. In the place of his house, a town hall will be built - both to adorn the town, enlarge the square, and improve the proportions. In this way, Abraham Cyrulik will empty the slot where his house stood - the house that was obsolete and meant for replacement”[1.2]

The tax liabilities borne by the Jewish population towards the state were high, so the kehilla took out loans. On 15 November 1671, the Jews borrowed 1,000 zlotys from priest Józef Nieradzki, a parson of the parish church in Markuszów. In 1702, the Kurów kehilla borrowed 600 zlotys from the Kurów parson, Jan Kobus. Another loan was taken out on 24 June 1710; the loan document was recorded in the Lublin tribunal, and then signed by Wulf Jozwowicz and Mendel Berkowicz. This was witnessed by the Kurów parson, priest Michał Szajkowski. On another occasion, the Jewish commune borrowed 1,700 zlotys from priest Idzi Stanisław Lisiecki in 1715.

At the convention of senior landowners and kehilla elders in 1750, the Kurów kehilla and Lubartów kehilla were obliged to repay the debt of the Jews from the Lubelski district to Wojciech Świechowski, the Bracław Cup-bearer. The amount of loan was 10,000 zlotys. In 1758, Eustachiusz Potocki agreed that the Jews borrowed 2,000 zlotys – this money was given to priest Piotr Strykowski. There is no further information on the loans taken out by the Kurów Jewish commune during the subsequent years of its activity.

In 1806, Ignacy Potocki prolonged the contract with the Jewish community for the lease of town mills and inns, as well as for selling alcohol. The heir/squire leased to the Jews the court brewery so that they could produce beer and mead. In 1856, Kurów numbered 2,664 people, among whom there were 1,564 Jews (58%). In 1886, a great fire ravaged the town – the southern part of Kurów, inhabited by the Jewish population, burnt down (Bożnicza Street, Dworska Street and Puławska Street). In 1892, there were 4,381 residents in Kurów, of whom 2,486 (56%) were Jews.

Towards the end of the 19th century, among the wealthiest Kurów residents there were: Chaim Hindkatz, Jojna Lakser, and Mowsza Bierman. At the turn of the 19th and 20th century the synagogue district was headed by Rabbi Chil Lejzor Goldberg and Rabbi Mordko Jankiel Rabinowicz. Before World War I, the Kurów kehilla had: a synagogue (Bożniczna Street – today: Nowa Street), the old cemetery (Bożniczna Street), a bathhouse (Żabia Street), a slaughterhouse (by the bathhouse) and the new cemetery (Blich Street)[1.5].

In the inter-war period, the Jewish community was headed by two rabbis: Mordko Rabinowicz and Mojlech Guterman. At the end of the 1920s, Majer Zalcman and Icek Kirszenbaum were the ritual slaughterers, shochets.

In 1913, there were two floor laying shops run by Leberbaum Lizyk (he employed 13 people) and Lenberg Pines (he employed 8 men). In Bożniczna Street, there was a Jewish soap shop.

In 1925, there was an oil mill owned by Mendel Medkorn, a soap shop owned by Lejbuś Cukierman, and a motor mill with a power plant run by Oskar Urlich and Mordek Finkielsztajn. The mill was situated near the public bath, on the Kurówka, in Warszawska Street. The other mill was located in Puławska Street and was owned by Holcman. There was a post-office in Kurów run by Mr. Tarczyński; the letter carrier was a Jewish woman. In the inter-war period, among 36 people in Straż Obywatelska (home guards) 14 were of the Jewish origin. In this period, the Jews set up a bank in Kurów.

After World War II began, in June 1942, the Germans established a ghetto in Kurów: it encompassed the streets where the Jews lived. In April 1941, 40 Jewish families from Lublin and Wąwolnica arrived to the ghetto.

During the Nazi occupation, a labor camp was established for the Jews. It functioned until the end of 1942. The Jews kept there were forced to work on hardening of the road from Kurów to Klementowice. The material for road construction was taken from the synagogue and Jewish houses destroyed in September 1939. The road was also built from Jewish tombstones, taken from the cemetery in Blich Street. The work was supervised by the German company Bauman and Losch. In 1940, the Germans set up a tannery in Kurów in which 50 people were employed, including five Jews.

On 8 April 1942, the Germans transported Kurów Jews to the railway station Puławy, and from there to the extermination camp in Sobibór. Only men capable of janitorial works were left in the town. On 13 November 1942, the second deportation was organized during which the Germans killed 36 Jews. They were buried in the Jewish cemetery in Blich Street. Another 23 people were shot at the Jewish cemetery on 19 December 1942. The Jewish population in Kurów ceased to exist.

During the expulsion of the Jews from Kurów several people attempted to escape. Those who were successful were hiding in Garbów forests, where a Jewish partisan unit was active, headed by Kaim Elizer Wurman.

On numerous occasions, the Polish population helped the Kurów Jews. Mieczysław Kutnik, risking his own life, was hiding Jewish tanners. Owing to his help a Jew called Mola Stern survived the war. Adam Turczyk was hiding Lejbuś, the butcher. Antoni Wiejak and Mr. Mazurkiewicz’s son were hiding Jews in Łęgi Nadwiślańskie. Wacław Mańko from Barłogi village was hiding a Jewish woman named Najmark, who was the daughter of the boot leather stitcher from Kurów.

One of the people who survived the times of Holocaust in Kurów was Lejbuś Wajnbuch. He did not live long though – in 1946, he was shot dead at a fair in Wąwolnica.