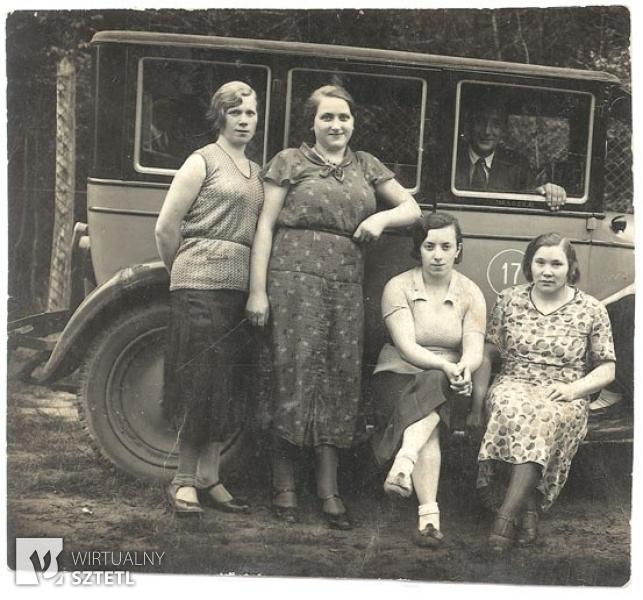 The Jewish settlement in Tuszyn was set up in the 17th century. Already in the 18th century the Jewish community had the right to produce and sell alcohol. Jews were paying a taxt per head in the amount of PLN 200. The Jewish community in 19th c. (1897) numbered 589 people, what constituted 36% of the whole population of inhabitants. [1.1].

During the partition period the denizens of Tuszyn successfully applied several times by the administrative authorities to deprive the Jewish population of the propination privilege. Among Jews who were engaged in the production and sale of alcoholic beverages were: Aron Fiszer, Jakób Hecht, Jeszajahu Szulc and Izrael Zysman. During the times of the Duchy of Warsaw there was a shop of Ick Eisner with alcoholic beverages, and other three Jews were engaged in leasing of Starościńskie inns in the town. There were distilleries in Tuszyn which belonged to: Szulc, Fiszer, Fryd, Hecht and Eisner[1.2].

Among the Jewish community there were a couple of paramedics who served as local doctors: a barber-surgeon - Abraham Neyman, a Lejba - Jakób Neyman (recommanded by a district doctor), and another barber-surgeon Lewko Cyc. In the mid- 19th c. the surgery was run by a medical assistant, Josek Neyman, a scholar of Tuszyn and a graduate of the Governorate School of Military Paramedics in Piotrków Trybunalski. At the end of the 19th c. a new paramedic settled down in the town –  Jeszajahu Koprowski[1.3].

At the end of the 19th century the Jewish community had six cheders. Jews had also the possibility to send their children to a state school, but they weren’t interested in that. During the school year 1883/1884 there were only two boys and six girls attending school on 1323 Jewish inhabitants. [1.4]. During the interwar period there was only one state school in Tuszyn. Also Jewish children attended the school. Among them there were: Moszek Brym, Lejbji Jachimowicz, Abram Fuks, Berek Hanyzl, Moszek Rozenbaum, Abracham Gutman, Abracham Fiszer, Icek Hecht, Mojżesz Feld and others. The Jewish community in Tuszyn, especially orthodox Jews, wanted to establish a Jewish school Bejt Jaakow. They managed to do that in 1923. The school was located in a private building at 16 Źródlana Street 16. The teaching quality wasn’t high though. That is why in the mid-1930s the school had been closed down. It was quickly reactivated, all teachers were replaced and the board was changed. It was under the authority of Aguda. It strived for increasing the number of lesson units of Jewish subjects.

Aguda put emphasis on learning the Hebrew language, reading Talmud, praying and on Bible knowledge. Until the outbreak of WWII the school had problems with the place as well as financial and pedagogical problems. Despite all that it managed to function. [1.5].

During the interwar period the Jewish community lived on income from amateurs of water baths, who came to town. In nearby Tuszynek an anti-tuberculosis sanatorium was set up. It was very modern for its time. Patients from all over the Poland came to visit Tuszyn. In Tuszyn-Las a holiday estate for patients and amateurs of mineral water was established.

Among Jewish political and social organizations there was a popular party amidst Jewish community - Aguda. Josek Szabaszewicz, who lived at 38 Kościelna Street, was its president. The Jews of Tuszyn took an active part in elections to local administrative authorities. In 1936 Szaja Przedborski was chosen as Aron Moszke Goldsztajn went with his family to Palestine. The council and the town board reflected a proportional ethnic community of Tuszyn: 11 Poles, 5 Jews, 1 German.

After the Germans invaded Tuszyn in 1939, the German terror against Jews raged. There wasn’t a ghetto in Tuszyn. All local Jews were forced to go on foot to a ghetto in Piotrków Trybunalski. There they shared the fate of other victims, and were driven away to the concentration camp in Treblinka [1.7].