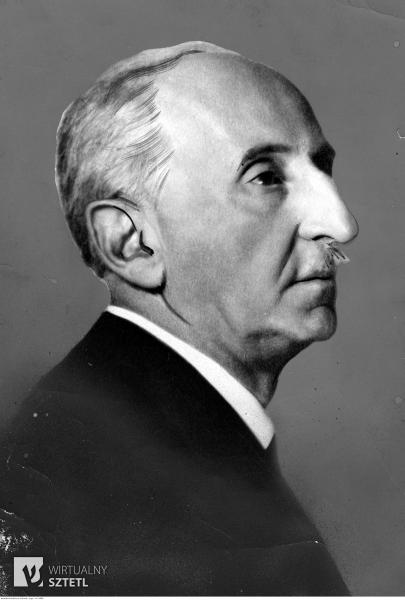 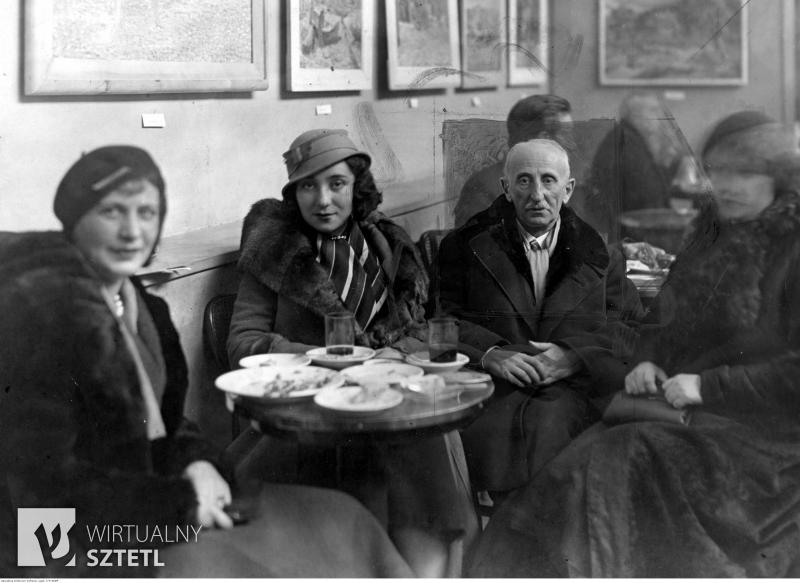 Bolesław Leśmian was born in Warsaw on 22 January 1877 as the first child of Emma, nee Sunderland, and Józef (Izaak) Lesman. The Lessman (later on Lesman) family came to Poland from Germany in the early 19th century. The poet's great-grandfather, Antoni Eisenbaum, was head of a Rabbi School and the founder of Dostrzegacz Nadwiślański – Der Beobachter an der Weichsel, the first Jewish periodical published in Polish. His grandfather, Bernard Lessmann, was a publisher, bookseller, translator and a lecturer at a Rabbi School. His father graduated from the Economics faculty at the Main School in Warsaw and was also a bookseller. The Lesmans supported the idea of assimilation, but it was only the 40-year-old Józef that decided to be baptised.

The future poet spent his childhood in Warsaw, in his family home located at 19 Nalewki St.  Probably in 1885, the Lesman family moved to Kyiv, where Bolesław completed his middle and high school education. He was deeply affected by his parents' divorce and his mother's death that came soon after. Initially, he could not accept Halina Dobrowolska, his father's second wife, but later on their relations significantly improved. In 1895, he debuted with his poem Sekstyny published in the Wędrowiec weekly. Fascinated by literature, he initially signed up for a university course at the History and Philology Department, but after a few days, under the influence of his authoritarian father, he switched to the Law Department of the Saint Vladimir University in Kyiv (1896). At the university, he set up a clandestine organisation, Polonia, and was involved in the pro-independence movement. The tsarist police detained him several times due to his patriotic activity. In 1901, he spent several weeks in a preventive detention centre, taking his final exams under the supervision of the police commander. After graduation, he went to Warsaw, where thanks to family connections he got a well-paid job of assistant legal advisor at the Warsaw–Vienna Railway Company. At that time, thanks to his close friend Zenon Przesmycki, he met representatives of Warsaw's intellectual and artistic elite, including Or-Ot and Maria Konopnicka.

Ca. 1897, he started to sign his works using the name Leśmian. Some sources say that the pen name was invented by Franc Fiszer. However, the two did not know each other at that time yet. It was only about 1902 when the huge Fiszer and the small Leśmian (he was said to be 155 centimetres high, or 5"1) started their thirty-year-long friendship. The most probable author of his pen name was therefore Antoni Lange, Bolesław's relative and a renowned poet of the time.

In 1903, Leśmian moved away, first to Germany and then to France, where he stayed until 1906. He married Zofia Chylińska there, and their first daughter, Maria Ludwika, was born in France as well. Leśmian once again ran into financial trouble, which in the future was to be his almost permanent condition. He tried to support his family by taking various loans and advance money, but his return to Warsaw was inevitable. In 1909, after a short family trip to Italy, he started to cooperate with Warsaw-based press (mainly as a literary critic), including Nowa Gazeta and Kurier Warszawski. He published his poetry in such titles as the Chimera periodical published by Przesmycki. At that time, he became a co-founder of the Teatr Artystyczny experimental theatre. In 1911, he debuted as a director. He staged two plays, but in November he stopped being involved in the theatre's activity. At the end of the year, he and his family went to France again, where they lived until 1914, with small breaks. In 1912, Leśmian published his first poetry book, Sad rozstajny, which was highly praised by critics. A year later, he published fairy tales for children, Klechdy sezamowe and Przygody Sindbada Żeglarza. He spent the war in Łódź, where he worked as literary manager in Teatr Polski (today's Stefan Jaracz Theatre).

In 1917, he met medical doctor Teodora Lebenthal through Celina Sunderland (his cousin and mistress). Dora, Leśmian's great love, was his muse for whom he wrote such works as W malinowym chruśniaku. The poet planned to divorce his wife (Dora was said to have converted to Catholicism for this reason), but he never abandoned Zofia and his daughters. He never abandoned Dora, either.

The recovery of Polish independence opened a new chapter in Leśmian's life. In 1918, he became an assistant lawyer in Warsaw, and then he was appointed notary in Hrubieszów by the Deputy Minister of Justice (who was a great admirer of Leśmian's poetry). Undoubtedly, it was a period of financial prosperity for the poet. However, he hated the provincial town's atmosphere and escaped from Hrubieszów whenever an opportunity arose, claiming he had some family or health issues to attend to. In 1922, he opened a notary office in Zamość, but he continued to escape to his Warsaw friends and his mistress from this city, too.

The events of 1929 cast a shadow over the rest of Leśmian's life. An employee at his office was charged with embezzlement. The 20,000 to 30,000 zloty loss, a gargantuan sum at that time, destroyed the poet's finances. With the help from his friends and mistress (who sold her real estate), Leśmian was trying to pay off the debt, but he struggled with financial problems until the end of his life. The embezzlement scandal took its toll on the poet's health, with serious cardiac problems emerging, which allegedly did not stop him from smoking 75 cigarettes a day. In 1933, he was elected member of the Polish Academy of Literature (PAL). His work at PAL was yet another reason to come to Warsaw more often. He applied to the Minister of Justice on many occasions to be transferred to Warsaw, but his requests were always denied. In 1935, tired by his never-ending trips and his despised clerical job, Leśmian finally resigned from the post of notary and moved with his family to Warsaw. The modest salary paid to him by the Academy was his main source of income. In 1936, he published his last poetry book, Napój cienisty, which was well-received by critics. Dziejba leśna and Klechdy polskie were published posthumously in 1938 and 1953, respectively.

The final years of Leśmian's life was marked by a series of grim events in his personal life. In 1937, his younger daughter Dunia (an actress with Teatr Kameralny) accepted the proposal from Alfred Łaszowski, a journalist and a National Radical Camp (ONR) activist. However, the marriage did not take place. The would-be son-in-law broke off the engagement and in vulgar words brought up Leśmian's Jewish descent, which earned him a sharp slap on the face from the poet. Leśmian was deeply troubled by the increasing anti-Semitic mood in society and he himself fell victim to witch hunt in the national press. The legendary Franc Fiszer died in April. The friend's death was an irreplaceable loss for the poet, leading to a significant deterioration of his well-being. On 5 November, Leśmian made an unsuccessful attempt to arrange a job in a bookshop for his older daughter. Distressed by the failure, he died of heart attack in his flat in the evening.

Leśmian's family tried to arrange a state burial in the Avenue of Merit in Warsaw's Powązki Cemetery. Unfortunately, the application was turned down due to the poet's Jewish descent. The ceremony itself also involved a “social scandal”. Dora Lebenthal entered the hearse during the procession and did not let the wife or daughters near the coffin. Ultimately, the poet was buried in his sister's grave at Powązki.