Debora Vogel: The courage to be alone 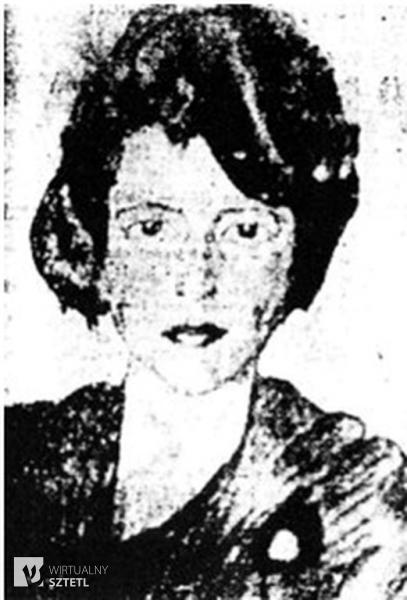 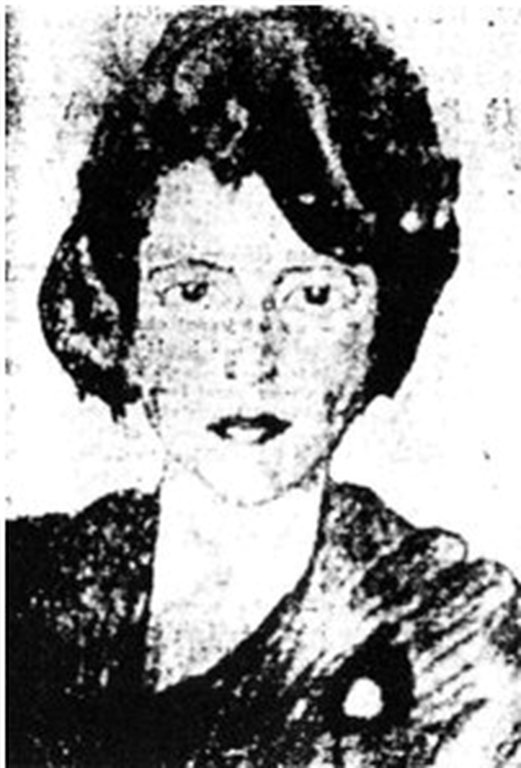 If one speaks of Deborah Vogel it is usually in reference to the brilliant men she befriended or worked with. She was a friend and confidante of Bruno Schulz, a pupil of Professor Twardowski, a model for Witkacy. What is mentioned less frequently are her extraordinary prose writing, penetrating aesthetic analyses, and intellectual independence.

Debora was born on 4 January 1900 in the town of Bursztyn in Galicia, where her father was headmaster of a Jewish school. The family later moved to Lviv. They spent World War I in Vienna. Debora went on to study at the University of Lviv, where she was taught by the masters of the Lviv-Warsaw school, Kazimierz Twardowski and Kazimierz Ajdukiewicz. In 1926, she defended her doctoral dissertation on Hegelian aesthetics at the Jagiellonian University.

The second half of the 1920s were a fruitful period for Vogel’s writing. She published two poetry volumes, Tog-figurn (Characters of the Day) and Manekinen (Mannequins). The best known work in her entire oeuvre is the volume of montages titled Akatsyes blyen (Acacias in Bloom), which she published in two different language versions. “Montages” were an original literary form created by Vogel herself, inspired by Surrealist painting: Picasso, Klee, and Chagall.

As explained by Karolina Szymaniak, expert on Vogel’s writing, the montage abolishes the hierarchy of things, revealing their multiplicity and simultaneity. The protagonists of Vogel's works are nameless, depersonalised, there is only “an anonymous crowd of mannequin dolls […] entangled in the mechanism of the city, in ‘walking the streets,’ faceless figures without individuality.” [1.1]. Vogel's choice of literary method and form was always deliberate and underpinned by philosophical reflection. She provided theoretical elaborations on most of her texts in separate essays.

The poetic language selected by Vogel was far from an obvious choice. Raised in a typical multilingual Galician family, she graduated from a German grammar school in Vienna and spoke Polish at home. She wrote her first forays into literature in Polish and German. Eventually, however, she decided to write in Yiddish. The decision seems surprising as Yiddish was not spoken in the Vogel household, and the family considered it a marginal language only used by commoners. In addition, Debora was associated with the Zionist movement, she knew Hebrew and wrote numerous articles in that language. The natural choice for her would therefore be to write in Polish, German, or Hebrew. By becoming a Yiddish writer, she set herself up for being marginalised in the erstwhile literary world of Poland. Moreover, Vogel's Yiddish was far from perfect; she never managed to free herself from linguistic errors. Deborah's friend, Mejlech Rawicz, wrote about her: “She knows several languages, each one like her mother tongue, it is only Mameloshn (Yiddish) that she uses like a person who has learnt it very well […].”[1.2].

We know that Debora's decision to write in Yiddish was influenced by her friend from her student days, Rachel Auerbach. However, seeing the consequences of her choice, Rachel admitted years later: “I came to the conclusion that her poetic path was still too innovative, too alien to the Yiddish reader. […] I thought that maybe I had done her a disservice – I had made her lonely and had torn her out of the cultural milieu and community that were much closer to her.” [1.3]. For Vogel, being a Yiddish writer was a declaration of identity and a consequence of the aesthetic concepts she had adopted.

Andrzej Sulikowski argues that Vogel deliberately chose Yiddish, a language comparable to a relic, in order to talk about the remnants of a world fading into oblivion. His hypothesis has been contested by Karolina Szymaniak, author of a monograph on Vogel's aesthetic theory titled Być agentem wiecznej idei (Being an Agent of the Eternal Idea), who points out that Vogel's works completely lack motifs and themes typical of Yiddish literature. It is important to bear in mind that Vogel’s oeuvre is based on a well thought-through theoretical construct. It is Hegelian in spirit. She saw the creative process as dialectical, and believed that the art of a given era needed to correspond to its spirit. Her work is a synthesis of the European avant-garde and folk language. Vogel mixed the individual, the national, the local with the universal, following Hegel’s reasoning that the combination of the two would lead to a synthesis on a higher level.

Vogel was an under-appreciated writer, criticised for the hermetic nature of her works, yet she was also a respected public speaker and journalist. She was involved in art movements, was an esteemed polemicist, and maintained close contacts with important figures in the world of culture and art. She exchanged numerous letters with many a cultural “big fish” of the era, full of intellectual disputes and aesthetic reflections. Of particular importance was her correspondence with Bruno Schulz. It is commonly believed that Vogel, using similar literary motifs to her friend from Drohobych, was hardly original and drew heavily from Schulz’s style in her prose. Meanwhile, upon reading the correspondence between the two, one comes to the conclusion that it was in fact the other way round – it was Vogel’s mature, strong theoretical foundations that greatly influenced the formation of Schulz's views. She also pushed hard for the publication of Cinnamon Shops. As for the alleged influence of Schulz on Vogel's work, the author of Sanatorium Under the Sign of the Hourglass himself strongly opposed such claims, emphasising Vogel's originality and independence: “Some readers, and even critics,” wrote Schulz about Acacias in Bloom, “saw in this book certain analogies to Cinnamon Shops. This observation is not indicative of deep insight. In fact, the book stems from a quite different, fully original worldview.” [1.4].

Schulz and Vogel met on holiday in Zakopane in 1930 thanks to Witkacy. Of the rich correspondence between the two writers, only a handful of Debora’s letters from 1938 and early 1939 have survived. Jerzy Ficowski, an expert on the works of Bruno Schulz, tried to find the lost correspondence. When he arrived at the former Vogel house at 18 Leśna Street, he found that he was a year late. The new tenants of the flat admitted that they had burnt a whole lot of “paperwork, spars, and rubbish” lying in the basement. Also lost were Schulz’s letters to a friend in which he drafted the first version of the famous Cinnamon Shops.

The relationship between Schulz and Vogel was not just a purely intellectual fascination. They were planning to get married, but this was opposed by Debora's mother, who resented the neurotic and hypochondriacal Bruno. Deborah submitted to her will and instead married engineer Szulim Barenblüth. Five years after, she gave birth to a son, Anszel. The writer’s letters written in that period show that motherhood broke her out of her characteristic apathy, though she was upset that her new responsibilities did not allow her to travel and write as much as before.

The German invasion of Lviv in June 1941 triggered a wave of anti-Jewish pogroms, culminating in the events known as the “Petliura Days.” A ghetto was established in Lviv towards the end of the year, with Debora's family forced to move within its confines. Vogel reacted to her fate with resignation and depression and did not take the opportunity to hide on the Aryan side. Along with her mother, husband, and six-year-old son, she was killed during the liquidation of the ghetto in August 1942. The bodies of the Barenblüth family were found by Henryk Streng, Debora's friend and author of the illustrations for Acacias in Bloom.