Home  Tradition and Jewish Culture  Culture and Science  Ida Fink: Scenes from the Abyss of the Holocaust

Ida Fink: Scenes from the Abyss of the Holocaust

When writing, she did not – as she herself said – use her imagination. She relied exclusively on real messages, “scraps of someone else’s time”. Her characters stand face to face with the Holocaust. They struggle to survive in lockers, attics, barns, and dugouts. They await certain death, crowded in transports to execution sites, digging their own graves, or waiting for the execution itself. They are immersed in loneliness and constant tension. 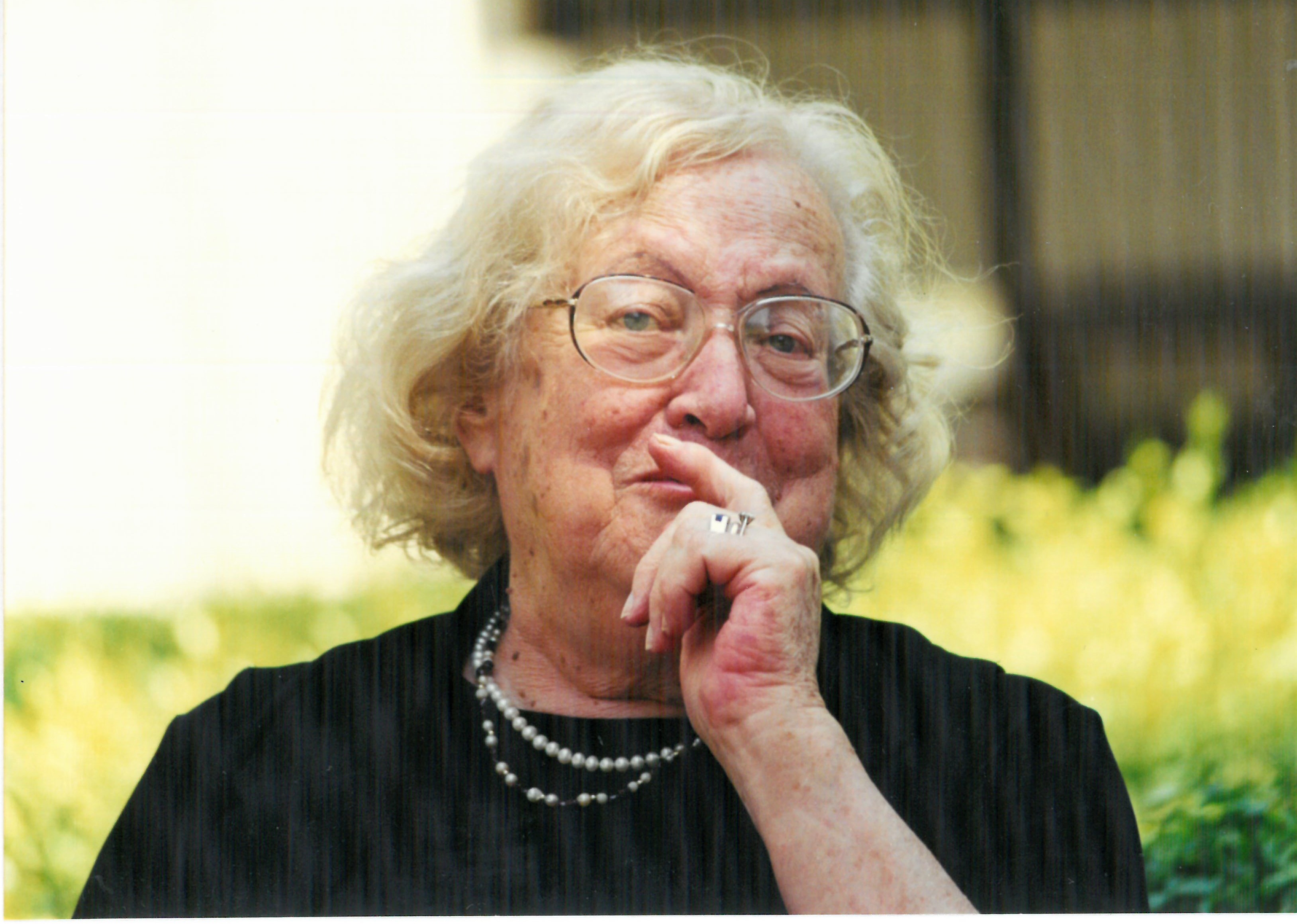 Ida Fink (1921–2011) is placed alongside such writers and witnesses of the Holocaust as Tadeusz Borowski, Primo Levi, Elie Wiesel, and Charlotte Delbo. She described the experiences of Jews hiding on the so-called Aryan side, between the Polish population and the German occupier.

Short stories were her literary form of choice. Incidentally, they also have a special place in the entirety of literature about the Holocaust. They show snippets, scraps of reality carrying an intense accumulation of content, above all scenes of cruelty. In an almost tangible way, they introduce readers to the world created by the Nazis – the anti-world, as literary critics describe it.  She never touched on the so-called ‘grand themes’ associated with the question of why the Holocaust happened. “I never reached the heart of darkness. I walked around it,” she said. Nevertheless, she still showed a great deal by naming her victims and depicting individual fates of people in particular circumstances.

Ida Fink’s output is not abundant – one novel: The Journey (Polish: Podróż, 1990), and collections of short stories titled A Scrap of Time and Other Stories (Polish: Skrawek czasu, 1987) and Traces (Polish: Ślady, 1996), The Garden That Floated Away (Polish: Odpływający ogród, 2002) and Spring 1941 (Polish: Wiosna 1941, 2009). Still, the works she did publish have been translated into over a dozen languages. She has received many awards, including the Special Prize of the Polish PEN Club, the Alberto Moravia Award, and the Yad Vashem Institute Award. Until recently, her works were obligatory reading in Polish schools. Some have been adapted for the screen.

Ida Fink was born in Zbaraż (today Zbarazh, Ukraine) into a wealthy, assimilated, secularised Jewish family. When the Germans seized the town (on 4 July 1941), she was studying at the Academy of Music in Lvov. The Germans exterminated almost the entire local Jewish community, successively deporting its members to the extermination camp in Bełżec.
In order to survive, Fink took a chance on the most paradoxical plan. She obtained documents to go to work in Germany (thanks to the help of her father’s patient). She wanted to blend in with the throngs of forced labourers sent to different parts of the Reich. She described her wartime experiences in The Journey and in some of her short stories.
She left Zbaraż – together with her sister – disguised as a peasant. They believed they would be safe wearing floral head scarves, a typical head covering of village women. However, they quickly fell into the hands of blackmailers on their way to Lvov.

Their documents were taken away, but they had enough money to pay for their freedom. They received help from a woman who allowed them to spend two or three nights at her place. From Lvov, they set off for Leipzig, then for Kassel. They originally arranged to arrive in one of the towns in Hesse to work for a local gardener and restaurateur. However, they had to change their plans during the journey, as they started to suspect that one of their fellow train passengers was about to denounce them.

The sisters were eventually put to work in an aircraft parts factory in the vicinity of Hagen and Dortmund (Ruhr area). They worked together with a hundred other Polish and Ukrainian girls. They were quickly recognised as Jews and denounced. They escaped in February 1943, but were once again exposed at their new workplace. They ran away again and reached Baden. In Karlsruhe, they were apprehended by the police. They were hoping to be sent to forced labour instead of being handed over to the Gestapo. Fortunately, this is what eventually came to happen, although the military policeman guarding them was just about to call the local Gestapo unit. They stayed in a forced labour camp until the end of the war.

After WWII, Ida Fink decided to move to Israel and settled in Tel Aviv (1957). She was 33 years old at the time, married, and mother to a four-year-old, Marysia. She joined the family already living in Israel, including her sister Helena and her father’s brothers. She worked at the Yad Vashem Institute, collecting testimonies from Holocaust Survivors (1960–1971). She also recorded Survivors’ testimonies to be used in court proceedings. She brought some short stories and an old typewriter with Polish typeface characters to her new country of residence. She began to publish in literary periodicals, but she initially struggled to get a book deal.

At the turn of the 1960s, the Holocaust was not yet as popular a subject as it came to be in the following decades. In a conversation with the author of the present text, Fink recalled publishers telling her that the country needed heroes ready for a fight, not people who “let themselves” be led to their deaths. Although the war was treated almost as a sacrum, and the public opinion put great emphasis on the fact that six million Jews had been killed, the Holocaust was seen almost as an abstract idea. In those days, nobody was interested in shedding a light on individual victims and their fates. It was not until Eichmann’s trial that this state of affair changed, with the concept of “every victim has a name” emerging in the public consciousness. This brought with itself a change of attitude towards Holocaust Survivors.

When writing, she did not – as she herself said – use her imagination. She relied exclusively on real messages, “scraps of someone else’s time”. Her characters stand face to face with the Holocaust. They struggle to survive in lockers, attics, barns, and dugouts. They await certain death, crowded in transports to execution sites, digging their own graves, or waiting for the execution itself. They are immersed in loneliness and constant tension. One of Ida Fink’s characters said:

“Each day and each night of those weeks [spent in a hideoout – author’s note] would be enough to fill the pages of a book, if only a pen was able to bear the weight of despair and helpless loneliness contained in them.”

A particularly dramatic tension on the edge of life and death plays out in the stories which focus on characters living in the so-called Aryan environment. They were building – as Fink wrote – a shelter in front of other people. They had to contruct a safe place out of learned behaviours, gestures, and phrases, so that they would not arouse suspicions of having a Jewish origin. Those who survived were best at assuming a second identity, skilled at role-playing, creating alternative stories of their lives to be presented to potential murderers or blackmailers.
The reader experiences a clash between the simple message of the story and the enormity of the bestiality and tragedy described therein. Agafia, a Polish woman, the narrator of the short story Za żywopłotem (Behind the Hedge), describes a scene in which victims are digging their own graves. “They are digging quietly, diligently, not in a slapdash way. Just think: you’re digging your own grave… What did they feel while digging? Do you know?” At the same time, “Krauts are walking around, with loaded rifles, and every time one of them shouts, it’s like a dog barking”.
She adds a description of a young girl’s death:

“She stood there naked in the middle of an empty pasture, out in the sun, waiting to be shot. But the man who was aiming at her could not shoot. Clearly, his eye was sensitive to beauty. He was standing and aiming, and she was standing and waiting. Then another one, a fair-haired man, ran up to to the gunman, shouted something in their language, moved him away, and fired himself. She waved her hands in the air, fell, and never got up”.

The protagonist of the short story Aryjskie papiery (The Aryan Papers) is a young Jewish girl who has to pay a blackmailer “with her body” for the help he is “ready to give”. The female forced labourer from the story Jan Krzysztof is relentlessly reading a book; she is in a hurry, wants to finish it before the expected death comes. Another character, Zośka, has been hiding in a barn for two years; she never finds out that the war is over. She loses her sense of identity and doesn’t know where she hails from, who her parents are.
The protagonist of the story Świnia (The Pig) sees the world through a crack between the boards of a barn wall. He notices Germans leading Jews into the forest. It seems to him that the people nearby are entirely indifferent to what is happening. The peasants witnessing the event only become animated when a car runs over a pig.

In Wiosenny Poranek (The Spring Morning), Fink describes a scene of Jews being rushed to an execution site. The father of a five-year-old girl tries to blend into the crowd of onlookers in order to rescue his daughter. After a while, however, he hears gunshots and notices “a small bloody shred on the edge of the pavement”. He picks up the child’s body and carries it to the murder scene. The story ends on a poetic note: “The procession moved on like a grey, sombre river flowing towards its mouth”.
Ida Fink describes the tragedy of a genocide in a subdued manner. She brings readers closer to the experiences of the victims by unveiling their personal narratives. The events she presents take place in silence, because silcence is the only reaction to the experience of defeat and being on the losing side – this is a true hallmark of her literary output.