French physicist of Polish-Jewish descent, awarded the Nobel Prize in Physics in 1992. 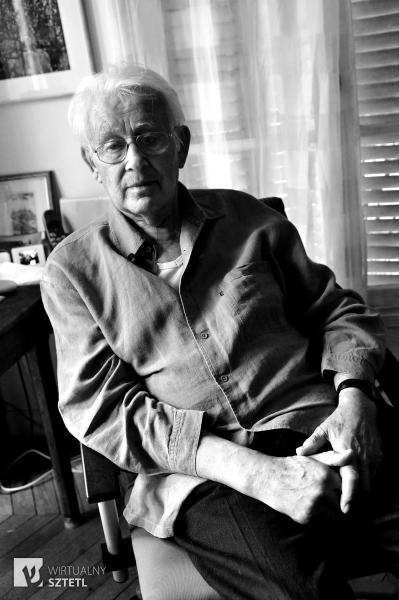 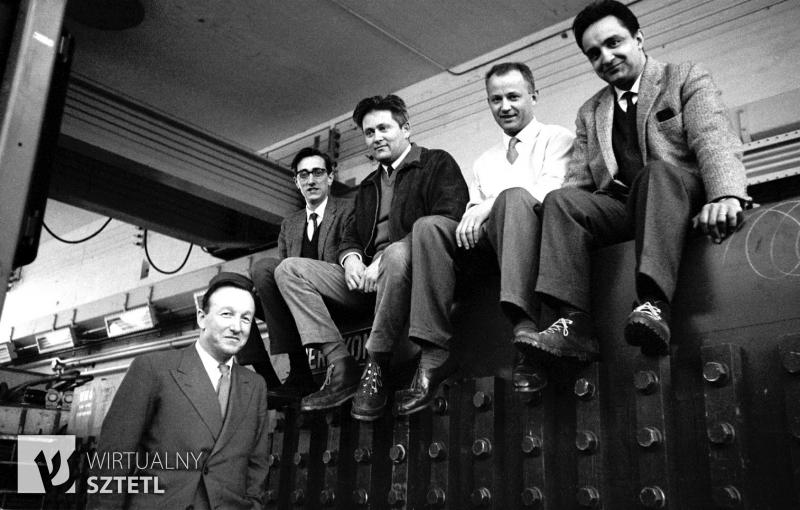 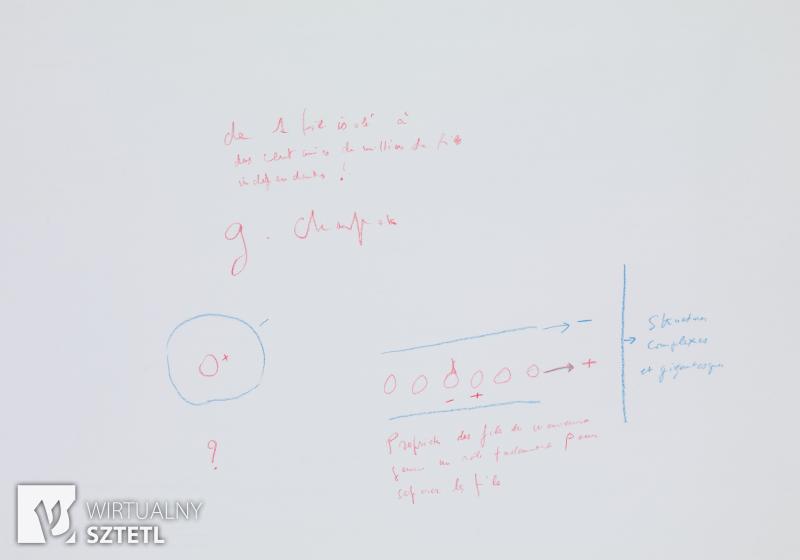 The Nobel laureate was born as Jerzy Charpak to Jewish-Polish parents in Dąbrowica, Polesie region, in 1924. His parents, Chana (Anna) neé Szapiro and Moses (Maurice) Charpak were poor, hard-working people. They worked in numerous professions, and soon after the birth of George they decided to migrate to Palestine. For two following years, their source of income was breaking stones. They soon became exhausted and decided to return to Poland. In 1928, their second son, Andrzej (Andrei, Andre), was born in Sarny; he would later graduate from the prestigious Lycée Henri-IV in France, and as an adult would become a film and theatre actor, screenwriter, playwright, and director, well-known in Europe (and beyond). One of his more popular films is The Provocation (1970), starring Jean Marais and Maria Schell.

In Sarny, little Grisha (as he was called by his relatives) went to school. He was the only member of his entire family to learn Polish (Yiddish was the language of his household). Until the end of his life, he would be saying in fluent Polish: ‘I am French. I do not speak Polish.’ His family did not have an easy life. In 1932, they again decided to migrate, this time to France.

This was a breakthrough moment for the eight-year-old boy. And a very painful one. When leaving, he had to part with his beloved dog. “Leaving Fryga, I was saying goodbye to the whole world that my dog symbolised,” he would write in his autobiography many years later. “So I decided to not think about it anymore. The wound was too painful. It was better to forget. About Poland, about my home, about school, about snow, about Yiddish, about Russian, about my whole childhood world in which I went by the name of Grisha.” However, years later, in an interview with Sławomir Zagórski (“Nobel no. 137,” Gazeta Wyborcza), he said that he was enormously grateful to his parents for taking this step, because even though it had not been easy to settle in France – the family lived in one dimly lit room, his mum worked as a seamstress, his father delivered herrings to restaurants – they did not feel as poor as in Poland. The parents managed to send both sons to one of the best high schools in Paris.

Charpak's education was interrupted by war for several years. Georges had decidedly left-wing views; he joined the French Resistance Movement and became its active member. In 1943, he was arrested and sentenced to two years in prison by a court in Vichy. He did not serve the entire sentence because in June 1944 he was deported to the concentration camp in Dachau as a political prisoner. There, he had to be very careful to conceal his Jewish roots. Once, awakened in the middle of the night, he inadvertently answered in Yiddish. He was saved by his remarkably ‘Aryan’ appearance – Charpak was a tall (1.90 m), blue-eyed man with blond hair.

After the liberation of the camp, he returned to France and in 1945 he took up studies at the prestigious Mining Academy in Mines, from which he graduated after three years with a degree in engineering. In 1946, during the process of naturalisation of Polish miners working in the north of France, Charpak applied for French citizenship. From then on, he could call himself a legitimate Frenchman. He did not want to remember Poland. He said that only the graves of his relatives remained there.

In 1949, he started a postgraduate programme at the Collage de France in Paris, working in the laboratory of Frederic Joliot-Curie himself. He also attended the lectures of Irene Joliot-Curie (daughter of Maria Skłodowska-Curie) at the Sorbonne.

In 1953, he married Dominique Vidal, with whom he had three children: two sons and a daughter. Charpak admitted that physics had always been a powerful rival for his spouse and family life. Nonetheless, he managed to strike a balance between his private and professional life. In 1954, he gained his PhD with a thesis dealing with nuclear beta decay, and took a prestigious research position at the National Centre for Scientific Research (CNRS), where he worked until 1959. His work at the CNRS helped him fulfil his ambition of dealing with the detection of elementary particles. In those days (and today still), the majority of nuclear physicists dreamed about working at CERN (European Organisation for Nuclear Research). Nonetheless, Georges Charpak, a communist and a student of a communist, Frederic Joliot-Curie, wanted to head in a completely different direction. He submitted his resume to the Institute for Nuclear Research in Dubna, in the USSR. He didn’t need to wait long before being accepted by the Soviet Academy of Sciences, but the visa agreement was withheld by the French side. Charpak suspected that the French Communist Party had its finger in the pie. He left the organisation in 1956, after the Soviet intervention in Hungary, and started to strongly oppose its policy. Charpak was far from being enchanted by Joseph Stalin. During the Congress of Democratic Youth in Berlin, he ostentatiously did not get up when the hall chanted ‘Stalin! Stalin!’ This political turn probably determined his career path. While waiting in vain for a visa to the USSR, he passed time inventing more and more particle detectors. About a year later, he went to a conference on high energy physics to demonstrate his device. He made a good impression on the crowd and was approached by world-renowned physicist Leon Lederman, who offered him a job at CERN. Charpak forgot about Dubna and went to Geneva to embark on another chapter of his scientific life.

While working at CERN, he was directly involved in several ground-breaking discoveries in the field of physics, such as measuring the magnetic moment of muons, or proving that muons were heavy forms of electrons and not separate elementary particles. He also bore witness to other extraordinary discoveries, e.g. that reality and its mirror image are not the same in both macro- and microworld.

Charpak was an extremely talented experimental physicist. “I designed a lot of devices, some were elegant but not very functional, but some came out great,” he would say. One of his inventions eventually won him the Nobel Prize. At the beginning of his work at CERN, Lederman persuaded Charpak to become involved in a research project dealing with something else than designing detectors. A short while later, Japanese scientists Shuji Fukui and Sigenori Miyamoto designed a spark chamber. Legend has it that Charpak ran to Lederman and screamed at him: “Because of you, I lost the Nobel! Spark chambers work!” Around ten years later, he returned to working on detectors in order to design an improved device – a multi-wire proportional chamber (MWPC), for which he was rewarded by the Royal Swedish Academy in 1992. Another legend describes how Charpak devised his famous MWPC. Together with his team, he was adding more and more wires to the emerging chamber for seven months. One day, the scholar, sitting on a metal laboratory chair on wheels, came slightly too close to the device. The interacting magnetic field pulled the chair from under Charpak. It popped into the chamber, completely damaging it, while the researcher fell straight to the floor. The team had to start work from scratch, but at least it became obvious that they were able to generate a strong magnetic field. Inventing detectors made Charpak very happy. He kept repeating that scientific research only makes sense when it is truly exciting. He did not accept limiting oneself to one narrow area. He also hated hierarchy and working in large scientific teams. He valued independence and academic freedom. This is probably why he focused primarily on detectors designed for biology and medicine. His devices are still used in radiology (diagnostics) and treatment. And yet, despite such usefulness of the devices, Charpak did not earn much money out of his discoveries. ‘The Nobel Prizes are Nobel Prizes, but business is a completely different matter,’ he would say.

Georges Charpak, a member of the French Academy of Sciences since 1985, was not only an outstanding scientist, but also a person committed to changing the world. Over the years, he sought to improve the French education system. He developed and was an avid advocate of the La Main a la Pate (‘Hands On’) approach to education, modelled on the American educational system. The idea was that children should learn through independent experiences. After receiving the Nobel Prize, his programme gained momentum in France, and similar curriculums are currently operating in many European countries.

A bit of trivia: Charpak's character appears in the famous novel Angels and Demons by Dan Brown, in a scene that takes place at CERN.