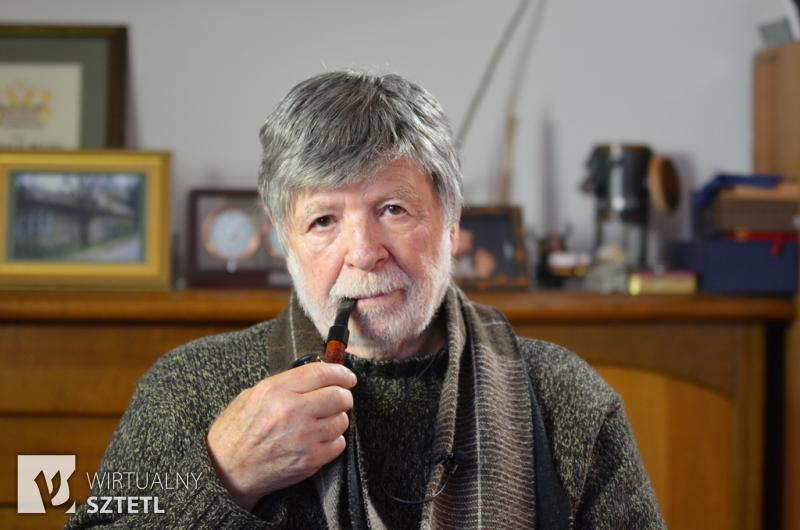 He was born in Borysław, the son of Gitel and Meir Wolf. His father ran a grocery store in the city. Weiss spent his earliest years in Borysław. After the entry of the German army in the summer of 1941, the Weiss family survived the first pogrom of the Jews with the help of their neighbour Maria Potężna. Then, after escaping from the ghetto, they first hid with a Ukrainian woman, Julia Lasotowa and then with the couple Anna and Michał Górala. They were later again helped by Maria Potężna and her son Tadeusz. Following the liberation of Borysław by the Red Army in August 1944, the Weiss family returned to their home and Szewach went to school. However, they soon decided to leave for Poland and, for a short time, they lived in Wałbrzych, where Szewach studied at an orphanage run by the Bricha Zionist organisation. At the beginning of 1946, the Weiss family crossed the border into Czechoslovakia and, through Austria and Italy, they reached Palestine. There, Szewach Weiss attended an agricultural school near Natanya. He was active in sport (athletics and weightlifting), did his military service and studied political science at the Hebrew University in Jerusalem, as well as law at Tel Aviv University.

He was Israeli Ambassador to Poland from 2000 to 2003. Since 2000, he has been Chairman of the Yad Vashem Institute Council. He is the author of numerous books in the field of political science, on the history of the Knesset and the Holocaust and has written numerous articles for newspapers in Israel, Poland and around the world. For his contribution to the development of Polish-Israeli cooperation, he was awarded the Grand Cross of the Order of Merit of the Republic of Poland.