Here we are giving you the new version of the Virtual Shtetl. This is a truly exceptional moment, because such a transformation occurs in the history of a large website at the most once in a decade. The Virtual Shtetl was created through the efforts of the Jewish Historical Institute Association in 2009. In 2012, the website was taken over by the POLIN Museum of the History of Polish Jews. Over the past eight years, the Virtual Shtetl has greatly expanded its resources. It is worth emphasizing that its content is made of some 200 thousand various items (texts, news, photos, genealogical records, interviews, etc.), and the number of registered readers amounts to 28,000; with the passage of time many of them have become the Shtetl’s authors. Since 2009, our website has been visited by close to 10 million people, with over 35 million page views.

Modernization and transformation of the system took almost two years. Apart from resolving technical and logical problems, we have endeavoured to add new resources: genealogy and spoken history. Further editorial and translation work will probably continue throughout the winter of 2017/2018. We hope that the results will meet your approval.

However, the Virtual Shtetl does not exist just to grow, multiply statistics or to occupy a prominent place among Polish portals devoted to historical issues. Its main, most important goal is to fulfil the mission of the POLIN Museum of the History of Polish Jews: ‘Restore and preserve the memory of the history of Polish Jews, contributing to mutual understanding and respect among Poles and Jews, the societies of Europe and the world.’ The Virtual Shtetl also documents what is going on in the contemporary Polish Jewish world as well as in the Polish collective memory about the Jews.

The photo portrays Jurek. Jurek was born in 1933. He usually spent his summer vacations in Nowa Wieś near Lviv. He probably loved them, the brightest periods in his short life. The date and place of Jurek’s death can be denoted only by question marks. The photo we have posted has not been yet reproduced. The description of Jurek’s tragic fate has not yet found its way to the extensive collection of the Yad Vashem Institute.

Today Jurek's murderers are already in hell, and their racial and imperial ideas - in the dumpster of history. But Jurek himself, like the millions of his compatriots, also those completely anonymous, who played no part in history, from the youngest to the oldest - are and will stay on in our hearts. We do not agree to oblivion. We do not accept a script in which the Jews irrevocably disappear from our history and identity. In the Virtual Shtetl there is a place for all the Polish Jews of the last millennium, for all the Jews from the vast territories of the former Polish-Lithuanian Commonwealth.

At the launch of the new website taking place exactly on the commencement of the Jewish New Year 5778, this text will appear first in Yiddish, and then in the languages of the Virtual Shtetl - Polish, English, German and Hebrew. This is also a form of commemorating the past. We do not have the possibility of publishing the website in Yiddish on a daily basis. There are no publishers, funds, authors. Although the Virtual Shtetl is being created in Muranów, in the heart of the historic Jewish quarter, where only 80 years ago Yiddish was the absolutely predominant language, in today’s Warsaw very few use this language, and its knowledge is mostly of an academic character. That is why at least in this manner we want to honour mame-loszn. We will also take care of the Yiddish heritage, we will use it, although the mass use of Yiddish in Central and Eastern Europe is already a thing of the past.

In tribute to Jurek's memory and all the other Jews who inhabited the Polish lands.

Welcome to the new Virtual Shtetl! 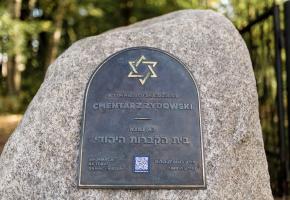 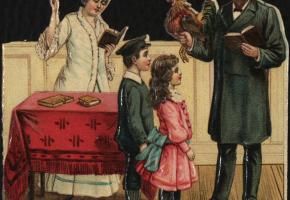 13th September 2021
Yom Kippur in Tales of Polish Jews
The Virtual Shtetl features hundreds of accounts and recollections. We have selected fragments of tales describing how Yom Kippur was celebrat... 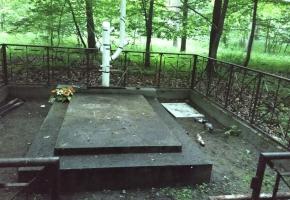 17th August 2021
Konin, Rudzica. Devastated memorial site dedicated to the victims of the Holocaust
An unknown perpetrator has desecrated the grave of 1,500 Holocaust victims murdered in a forest between Konin and Rudzica.
More news
In order to properly print this page, please use dedicated print button.