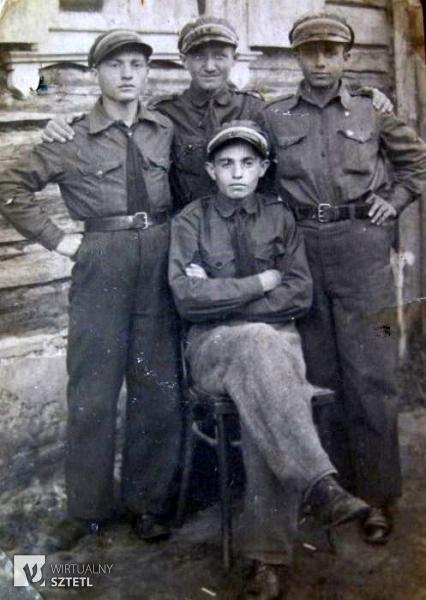 Betar – Jewish Youth Association by name of Trumpeldor (Brit Yosef Trumpeldor) in Poland created in Poland in 1923. The Zionist youth organization, linked to the Zionist revisionists, led by Vladimir Jabotinsky, modeling itself on the ideas of scouting Betar fought against the idea of class struggle, which led to the conflicts with other Jewish youth organizations. Betar educational activities were based on a strong discipline by organizing for its members a military training to prepare them to participate in a Jewish self-defense in Palestine. Before the outbreak of World War II Betar had approximately 100,000 members in 26 countries, most of them were Polish Jews. During the Holocaust the Betar people constituted the core of the Jewish Military Union.

The term was created within the framework of the project Zapisywanie świata żydowskiego w Polsce [recording the Jewish environment in Poland], whose author is Anka Grupińska, a well-known Polish journalist and writer, specializing in the modern history of the Polish Jews. The project, initiated in 2006 by the Museum of the History of Polish Jews, consists in recording interviews with Polish Jews from all generations.
Print
In order to properly print this page, please use dedicated print button.