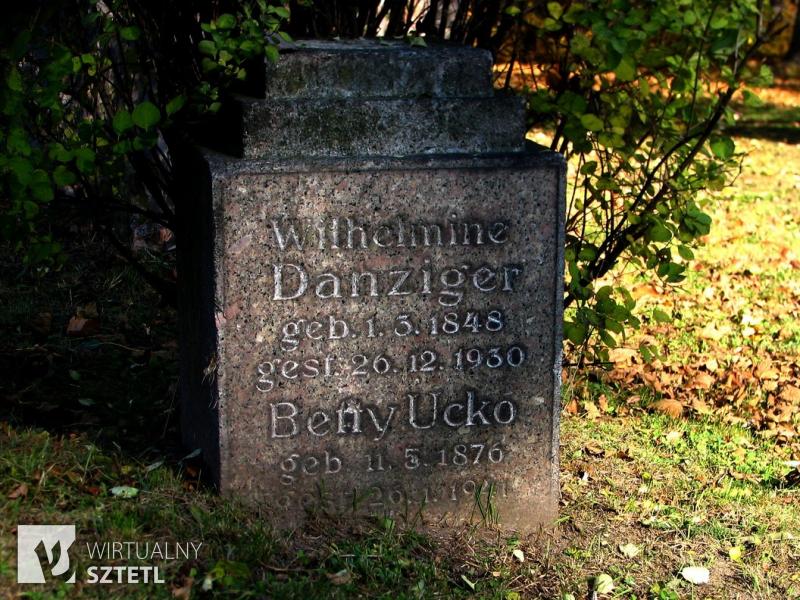 Jews probably first came to Jelenia Góra as early as the first half of the 14th century. They started to settle in current Szkolna Street, which at the time was called Żydowska Street (Judengasse). It was also where the house of prayer was located. The medieval Jewish community of Jelenia Góra ceased to exist in the 15th century, when Jews were expelled from many Silesian towns and cities in the aftermath of the sermons delivered by John of Capistrano.

Jewish people did not return to Jelenia Góra until the 18th century. In 1797, the town had three Jewish residents[1.1].

The local Jewish community saw a period of dynamic growth in the 19th century, after the implementation of the Edict of Emancipation, which was issued by Frederick William III of Prussia on 11 March 1812 and granted equal rights to Jews. That year, 35 Jews were included in the list of the inhabitants of Jelenia Góra. Meier Berkowitz became the first president of the Jewish community. The local Jewish cemetery was established ca. 1820. It was located in the area of today’s Nowowiejska Street, Na Skałkach Street, and Studencka Street.

At first, the Jewish residents of the town prayed in a private apartment at Hintergasse. In 1846, a synagogue was erected at 20 Priesterstraße (today’s Kopernika Street). A private Jewish school operated in the town at the time. In the second half of the 19th century, the Jewish community continued to grow in numbers. In 1871, there were 336 Jews living in Jelenia Góra, and in 1880 – as many as 450. The community soon started to look for a plot for a new cemetery. Eventually, it was established at Studencka Street in 1879 and further expanded in 1910.

According to the book Führer durch die Jüdische Gemeindeverwaltung und Wohlfahrtspflege in Deutschland 1932-1933, the Jewish community of Jelenia Góra had ca. 360 members in 1932, including 90 active members. The community comprised not only people living in the town itself, but also in the neighbouring localities of Jagniątków, Karpacz, Kowary, Sobieszów, Szklarska Poręba, Świerzawa, and Wojków. Eugen Sachs was the community head, while the board was composed of Jean Hirschfeld, I. Głogowski, and Simon Sachs.

On Kristallnacht (9/10 November 1939), Nazi paramilitary squads destroyed the synagogue, the cemetery, and numerous Jewish-owned shops and factories[1.2]. In 1939, only 67 Jews continued to live in the town.

Names of Jews from Jelenia Góra and Cieplice appear on the lists of prisoners of transit camps operating in Tormersdorf, Grüssau, and Riebnig in the 1940s[1.3]. Many Jewish people from the town perished in Nazi extermination and concentration camps, including Auschwitz-Birkenau, Treblinka, Majdanek, Kulmhof (Chełmno nad Nerem), Sachsenhausen, Ravensbrück. German documents have made it possible to trace the stories of 42 Jews of Jelenia Góra.

A large group of Polish Jews settled in Jelenia Góra for a few years following World War II. According to archival data, the town had 420 Jewish inhabitants at the beginning of May 1946. The local Municipal Jewish Committee was founded in 1945 alongside a number of other Jewish political parties and organisations, including a branch of the Association for the Protection of Health. In 1946, the Jewish Committee established the Public Jewish School and a half-boarding facility. The Congregation of Jewish Faith was founded in the town in June of the same year. It had its own rabbi and, as of 1948, had 504 members. In the first years after the war, there were also some German Jews living in Jelenia Góra. They initially established their own Jewish Committee[1.4].